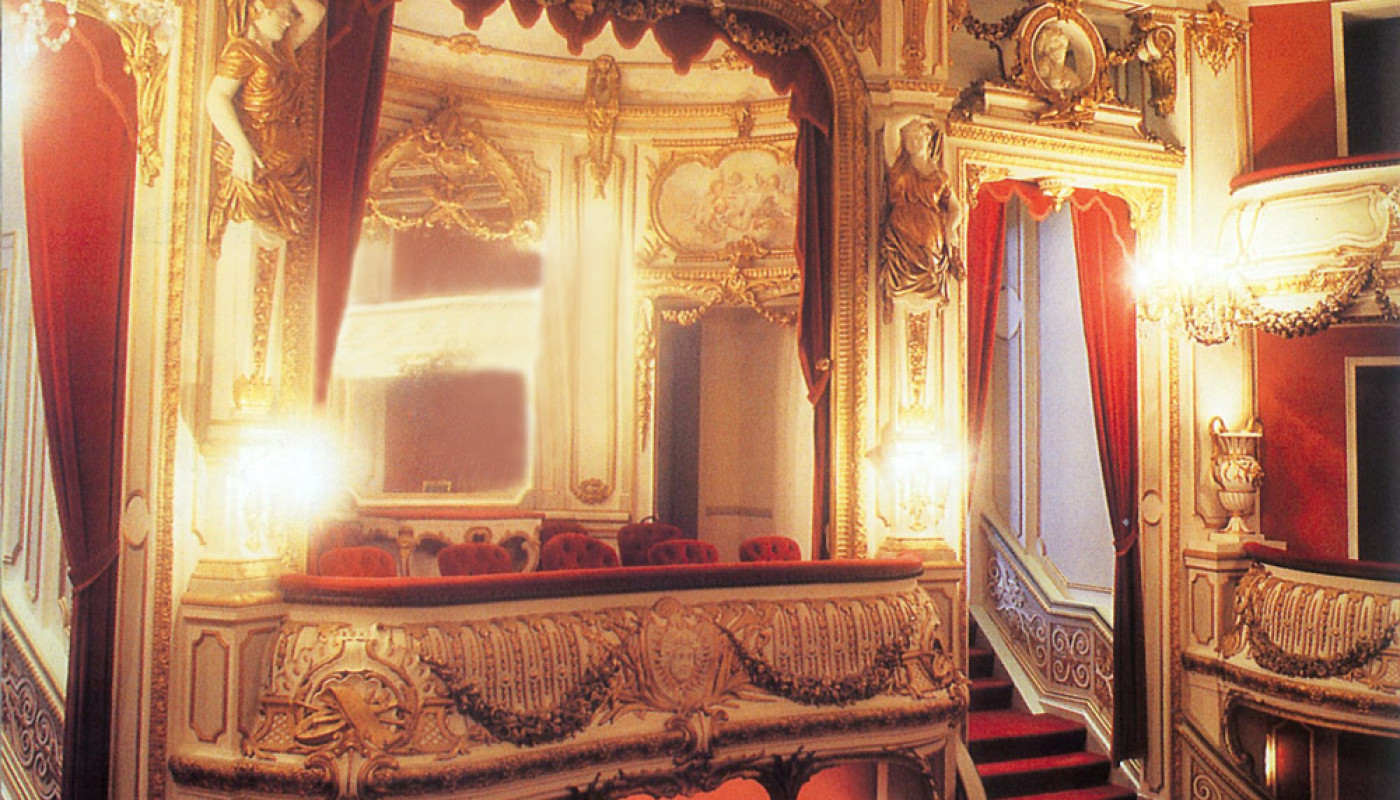 The Lords of Chimay – who became Princes in 1482 – ruled the Chimay region from 1241. Their castle was almost completely destroyed by a fire in 1935 – but for the theatre to which a new building in the style of Henri IV was attached. The theatre had been commissioned in 1861 by Joseph II, 16th Prince of Chimay. He had served the new Kingdom of Belgium as ambassador and at the same time acted as mayor of Chimay. Invited by him, Trappist monks founded the famous Scourmont abbey.

As architect of the new theatre the Prince chose the French architect and stage designer Charles-Antoine Cambon (1802–1875). He brought with him the plans of the first theatre at Fontainebleau that had burned down in 1856. Now Cambon created a new version of this French theatre in Chimay: a jewel in the crown of Belgian theatres. Inaugurated in 1863, it seats 200 spectators and is used occasionally for concerts.