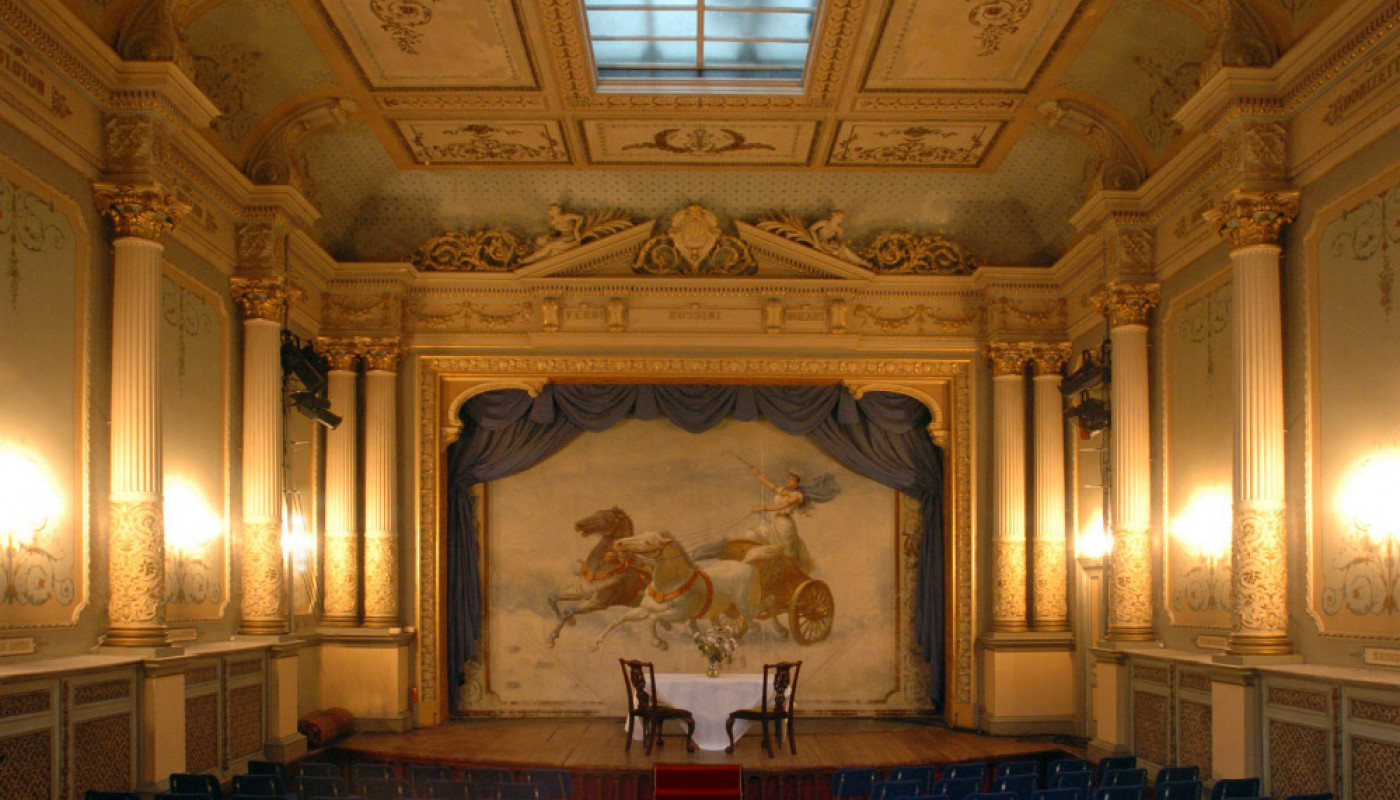 The soprano Adelina Patti (1843–1919) was brought up by her Italian parents mostly in New York. Following her London appearance in 1861 she became the primadonna assoluta of her time. She made England her home and Covent Garden her harbour from where she set sail to the opera houses of the world. In 1878 she bought a country house in the hilly woodlands near Swansea; it had been built a few years before in the form of a neo-Gothic castle.

In 1891, when Patti was thinking of retirement, the architects Bucknall & Jennings added a private theatre to the castle where she continued to perform for her guests. The theatre has been preserved entirely, including the stage, stage machinery, scenery, and a painted front curtain showing Patti in her role as Semiramide. The floor of the auditorium can be raised to stage level to form a continuous ballroom. The castle itself is now a hotel, surrounded by 40 acres of country park.

Visits: the theatre is open to visitors every day unless used for weddings or other events