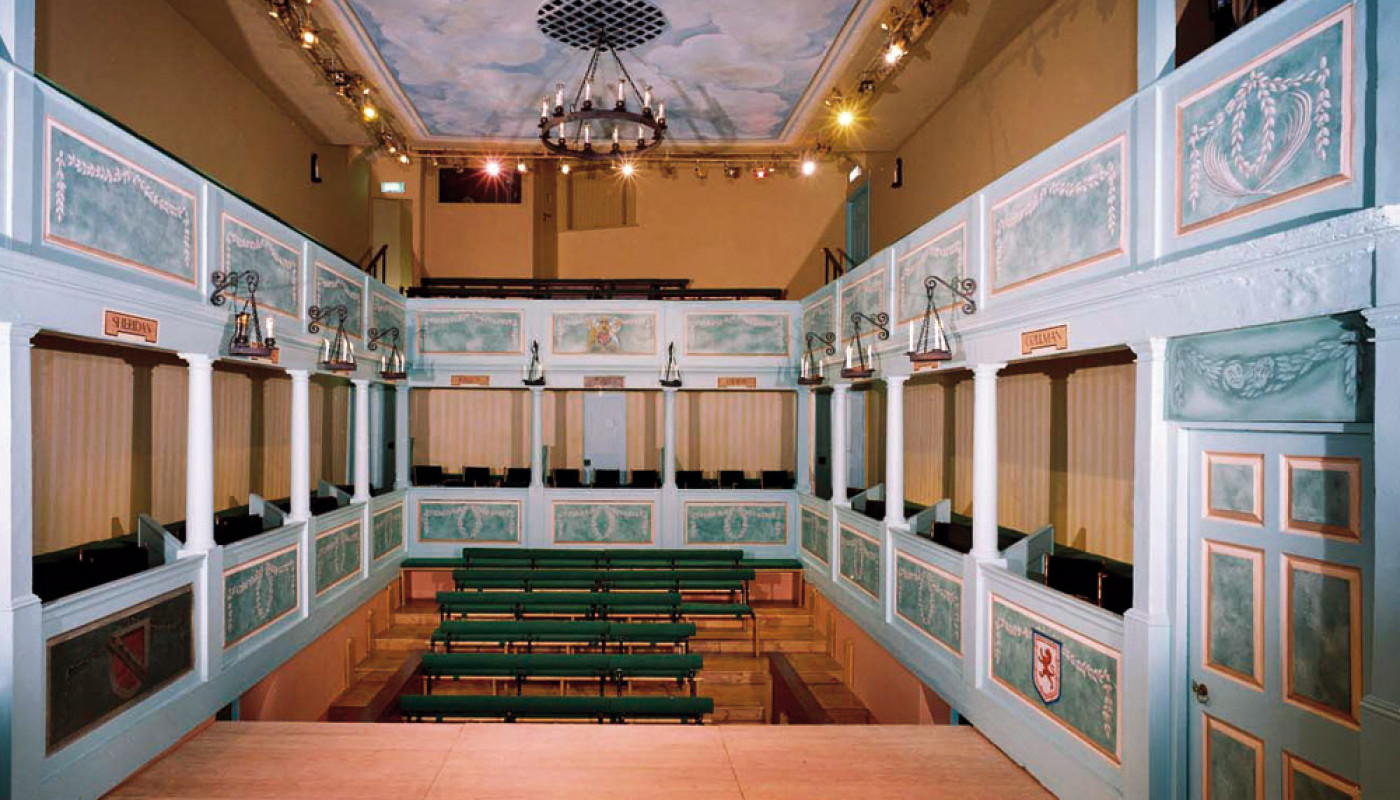 The UK’s most complete Georgian playhouse is situated in Richmond, North Yorkshire – winner of the Great Town Award 2009. Serving as both a thriving community playhouse and a living theatre museum, the Georgian Theatre Royal welcomes visitors of all ages to its year-round performances and hourly guided tours. Built by actor-manager Samuel Butler in 1788 and forming part of Butler’s theatre circuit, the theatre opened with “Inkle & Yarico”, a comic opera by George Colman, and “The Midnight Hour”, a comedy by Elisabeth Inchbald.

In 1848 the theatre closed but, following a campaign, was restored and re-opened in 1963. A second restoration and refurbishment was undertaken in 2002/03. Britain’s oldest scenery, The Woodland Scenery, is also housed in the museum. The theatre’s unique configuration includes seating on stage (side boxes). This brings an authentic immediacy, as experienced by 18th century British theatre-goers.