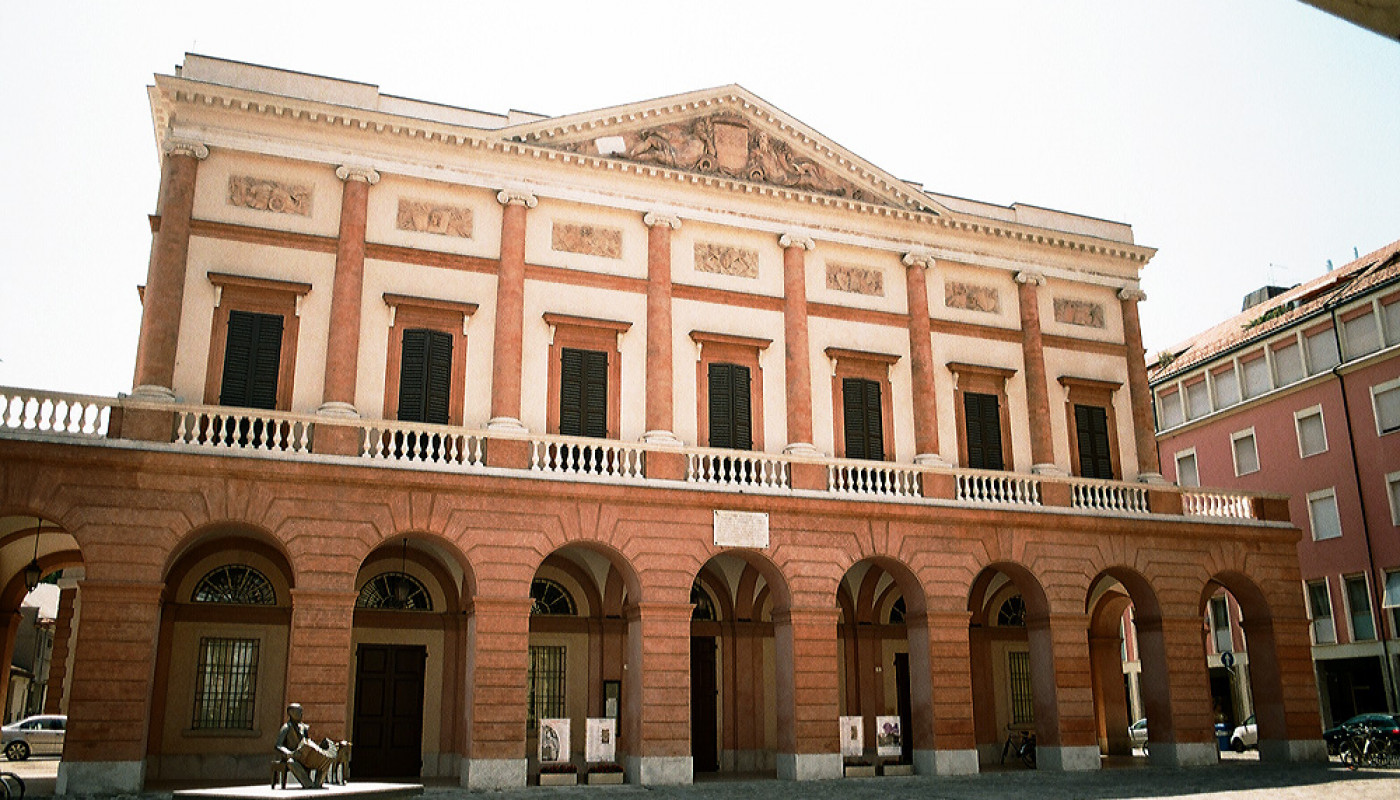 Built between 1843 and 1846 to plans of the architect Vincenzo Ghinelli, the theatre features a neoclassical facade in the style of Piermarini and an auditorium by Francesco Migliari for about 800 spectators. The stage is said to be one of the biggest in Europe. The original stage sets by pietro Venier from Verona and the painted curtain by the local artist Antonio Pio are preserved as well as the area above the stage with its drums and three sound machines.

The numerous interventions that became necessary from 1846 till today have not visibly changed the original, with the exception, as everywhere, of the orchestra pit that was added in 1924 and cut back the stage. The theatre got its name in 1940 after the death of the tenor Alessandro Bonci who was born in Cesena.