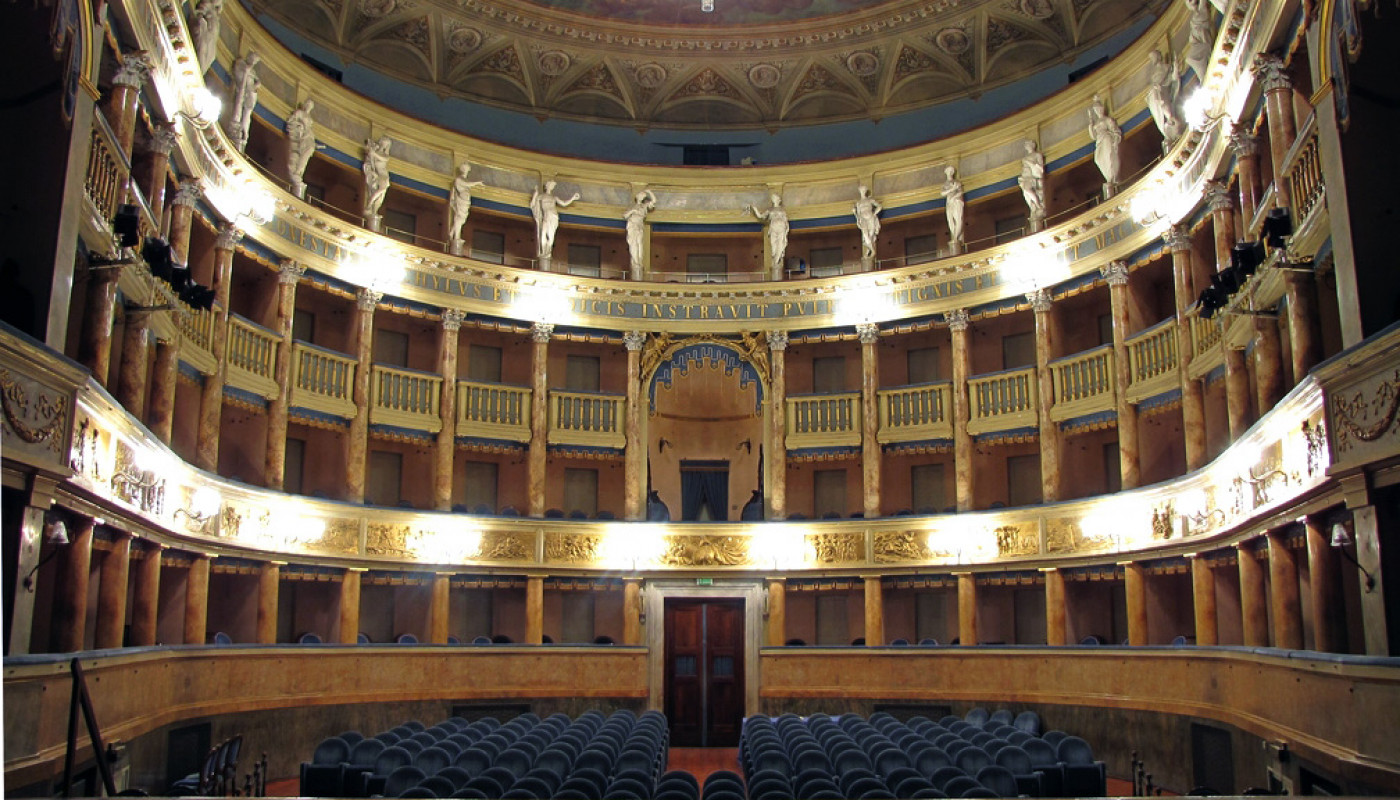 Near the main square, the Piazza del Popolo, the Municipal Theatre is hidden in a courtyard. Since 1903 it has been called after the tenor Angelo Masini who lived in Faenza until his death in 1926. The theatre, created in 1788 by the architect Giuseppe Pistocci for the “Accademia dei Rimoti”, is probably the only public theatre that does not turn its facade to the street; the main entrance behind row of columns is in the courtyard.

The auditorium, a masterpiece of neoclassicism in Italy, strives to create the impression of an open-air classical theatre, but this is combined here with the rows of boxes of the Italian opera house. The result is monumental and at the same time of a great variety. Special elements are the reliefs by Antonio Trentanove made of gilded terracotta (Faenza, the city of faïences!) and the remains of the 18th century stage machinery above the stage.