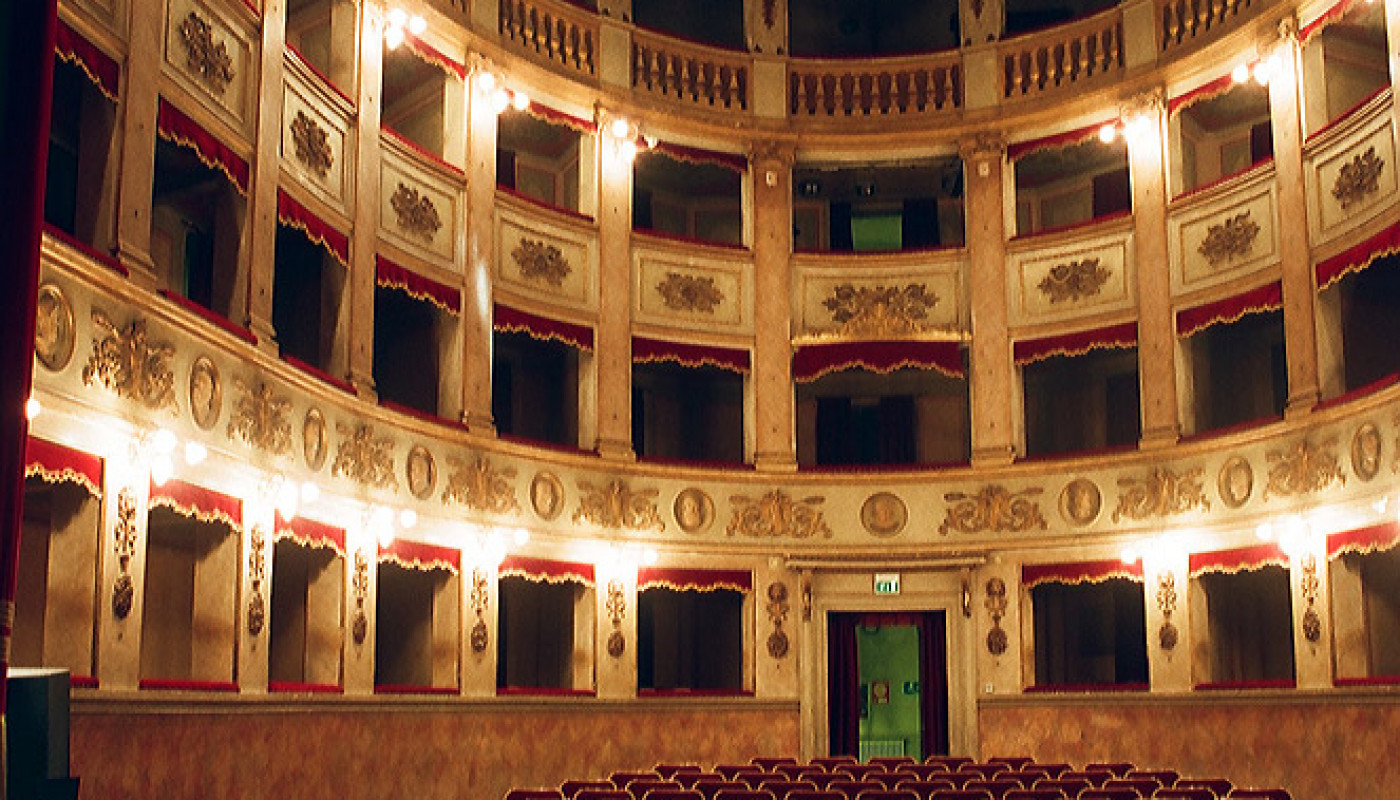 As early as 1626 the city council entrusted a big room in the town hall to the “Accademia dei Candidi Uniti” for performances of drama and opera. In 1659 the Academy had a stage and balconies with boxes constructed inside. When after a hundred years this construction had worn out, it was replaced by a new auditorium designed by the architect Giuseppe Tubertini in 1790. At this point the city took over the management of the venue and thus one of the oldest theatrical spaces in Italy became a municipal theatre. The entrance area was created in 1850.

In 1860 Andrea Pesci and Gaetano Lodi painted a new ceiling (medallions by Antonio Muzzi) in the auditorium in neoclassical style that mixes well with the classicism of the 18th century and the bas-reliefs by Antonio Tognetti in the dress circle and other elements of the 19th century. Today it serves mainly as a theatre for children, with occasional performances for adults.