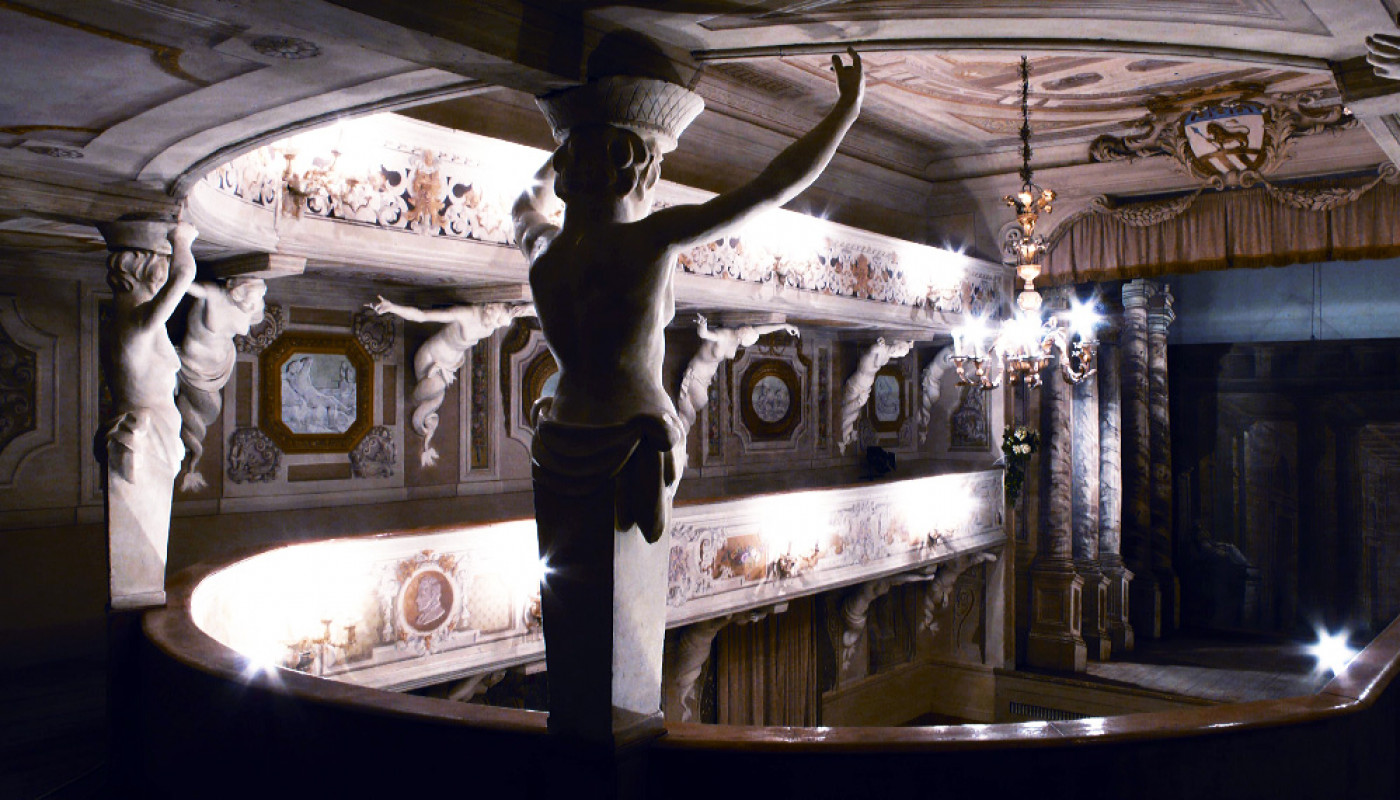 This intimate, originally preserved gem of a theatre in the left wing of a villa was created for the count and senator Giovan Francesco Aldrovandi who opened it on 14 September 1763, shortly after the inauguration of the Municipal Theatre. The refined decoration of the auditorium features delicious pastel frescoes on the walls and twenty tritons and caryatides who seem to carry the two balconies with their spiralling bodies.

Depending on the occasion, they held garlands, lanterns or flowers in their hands. The theatre seats 80 spectators and is famous for its acoustics. For more than 15 years the non-profit association “Cultura e Arte del ’700” has been offering a rich season with drama and opera performances, concerts and lectures.

Visits: every Thursday at 15:30, free of charge; for groups on appointment. Closed in August