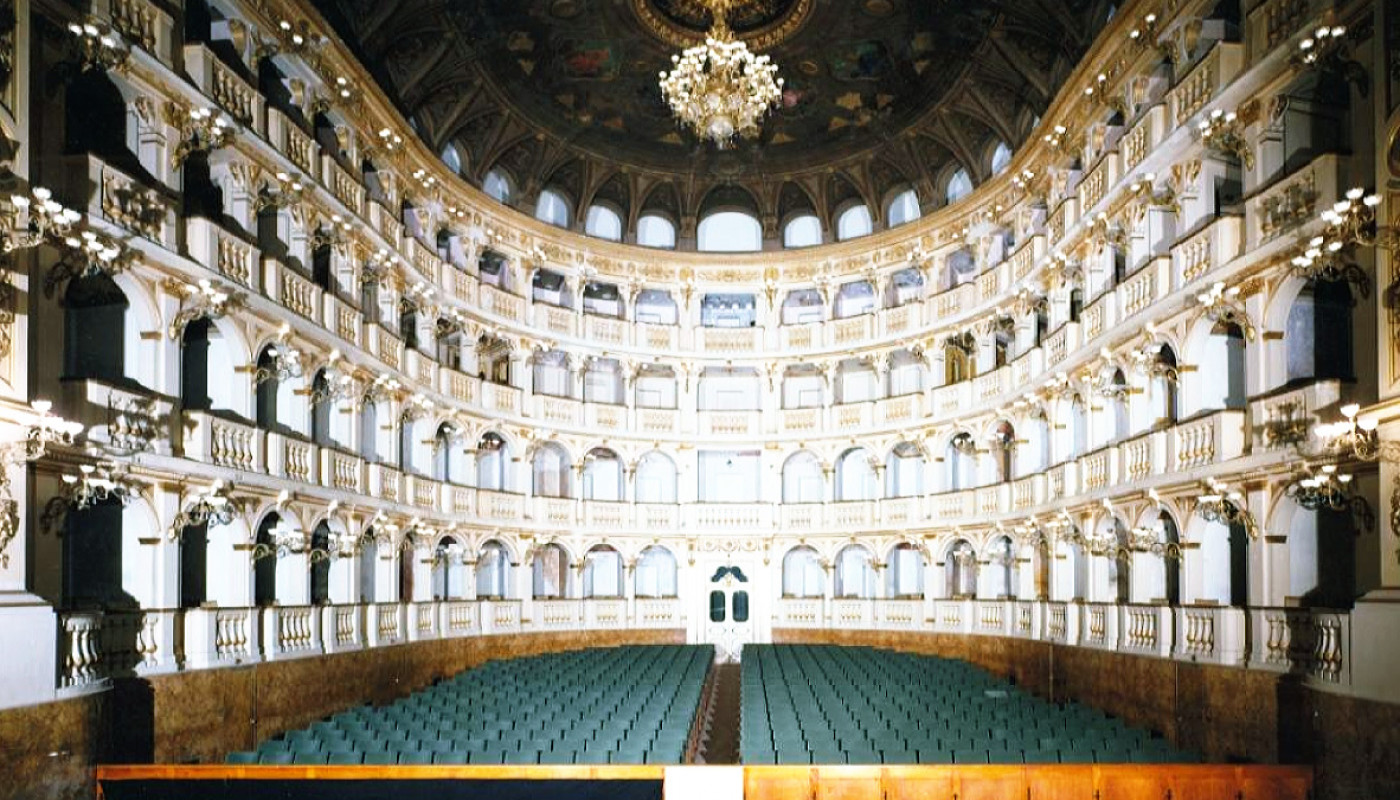 In 1756 the Senate of Bologna commissioned the famous architect and stage designer Antonio Galli Bibiena to design a new theatre. Galli Bibiena’s original design–surviving as a wooden model in the foyer of the theatre–was heavily criticized by the architects of the Accademia Clementina, whereupon its proportions were altered. The new theatre opened on 14 may 1763 with the first performance of the opera “Il Trionfo di Clelia” by Gluck, text by Metastasio, with stage sets by the very same Antonio Galli Bibiena.

Over the next centuries bigger and smaller changes were executed concerning the camerini, i.e. small rooms behind the boxes, the walls of the stalls area, the portal, the painted ceiling (the current one dates from 1870) and the stage; the facade was completed only in 1935-36 by Umberto Ricci. But below the floor of the auditorium there is a wooden machinery from 1820 that can lift the whole floor to the level of the stage.