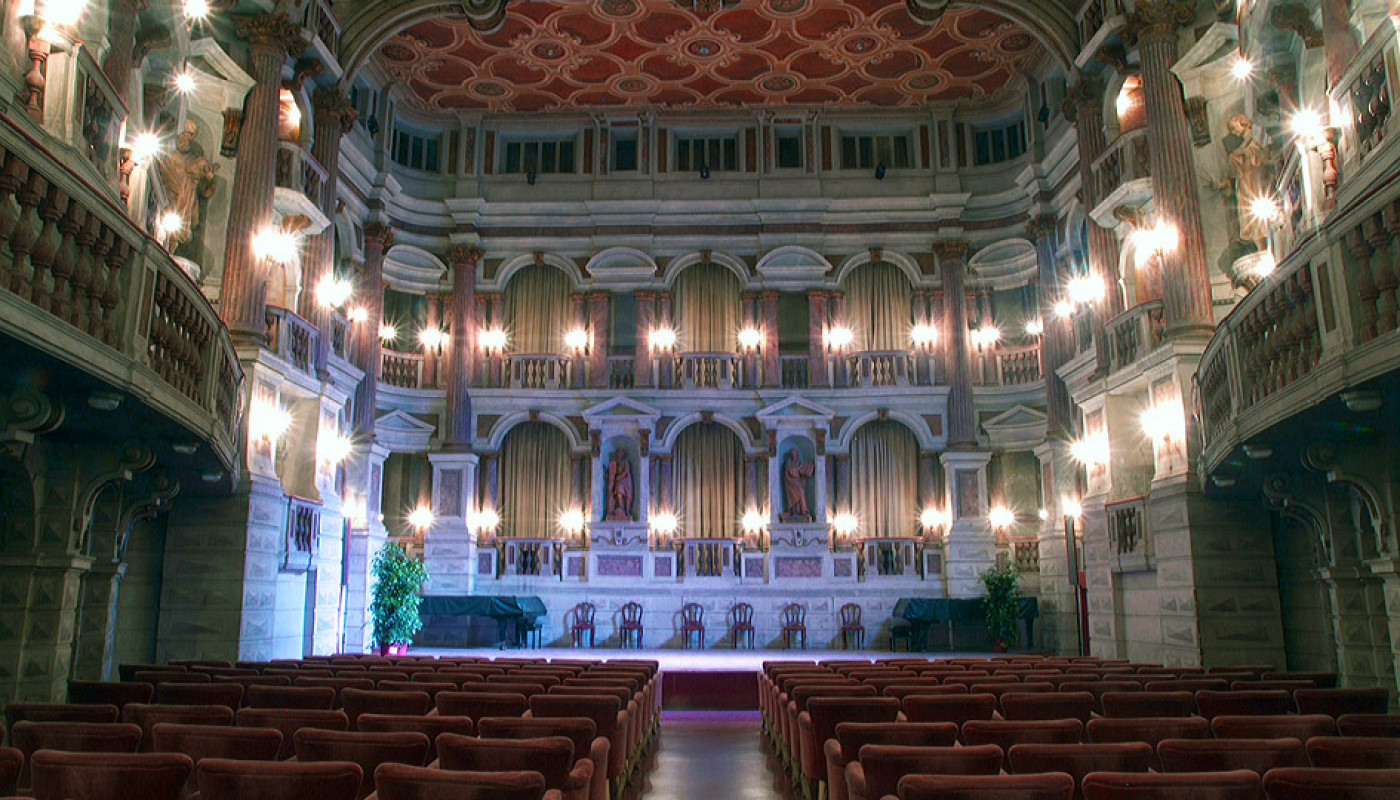 This very special theatre in the city of the Gonzagas, today a Unesco World Heritage, was built to plans of Antonio Galli Bibiena from Parma as a venue for scientific discussions, performances, and concerts. Erected from 1767 to 1769, it features a bell-shaped auditorium. Bibiena, a gifted painter as well as architect, decorated the interior of many boxes himself with monochrome motives.

The classicist facade is by Giuseppe Piermarini. The “Scientific Theatre” (Teatro Scientifico) was inaugurated on 3 December 1769. One month later, the young Wolfgang Amadeus Mozart gave a memorable concert here. Today the theatre is a venue for concerts, music contests, and conferences.