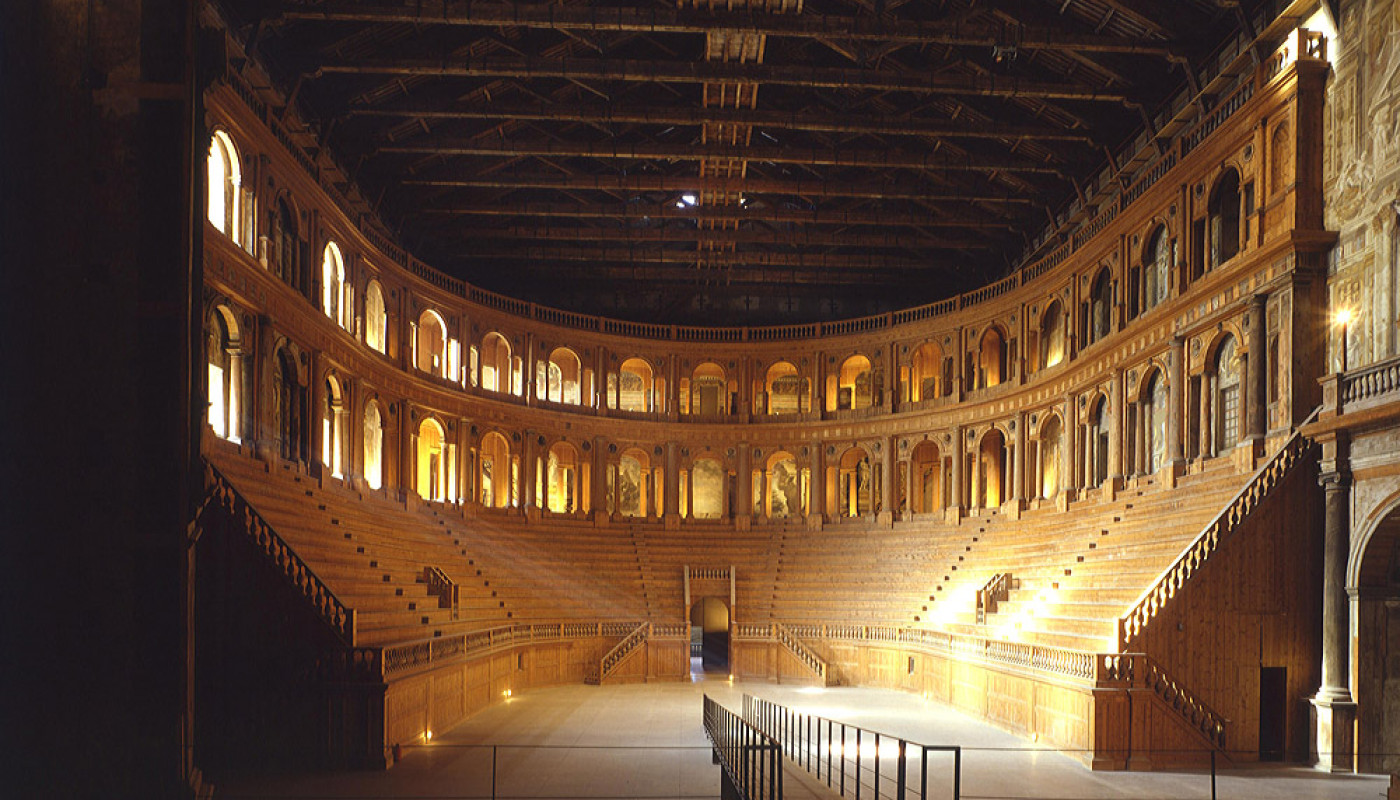 The theatre lies hidden inside the vast Palazzo della Pilotta. It was inserted in 1617-18 by Giovan Battista Aleotti in a spacious hall that had up to that point served as an armoury. The frescos and two triumphal arches transform the interior into a monumental square. It was commissioned by the Duke of Parma, Ranucci I. Farnese, who wanted to celebrate the visit of Cosimo II. Medici and arrange a political marriage. But Cosimo did not show up, and thus the inauguration took place only in 1628 on the occasion of the marriage of Odoardo Farnese and Margherita Medici; on the programme: Monteverdi’s “Mercurio e Marte.” The theatre was designed for tournament-operas, a mix of opera and fighting.

It became a model for Baroque theatre by virtue of its size and a new element: a monumental proscenium that divides the stage (with the first movable scenery in theatre history) and the auditorium. The action on stage could be continued in the arena of the auditorium which could also be filled with water to host sea battles. Performances in the Farnese Theatre were rare and restricted to special occasions. Following an air raid, the wooden interior burnt down in 1944 and was reconstructed in 1956.