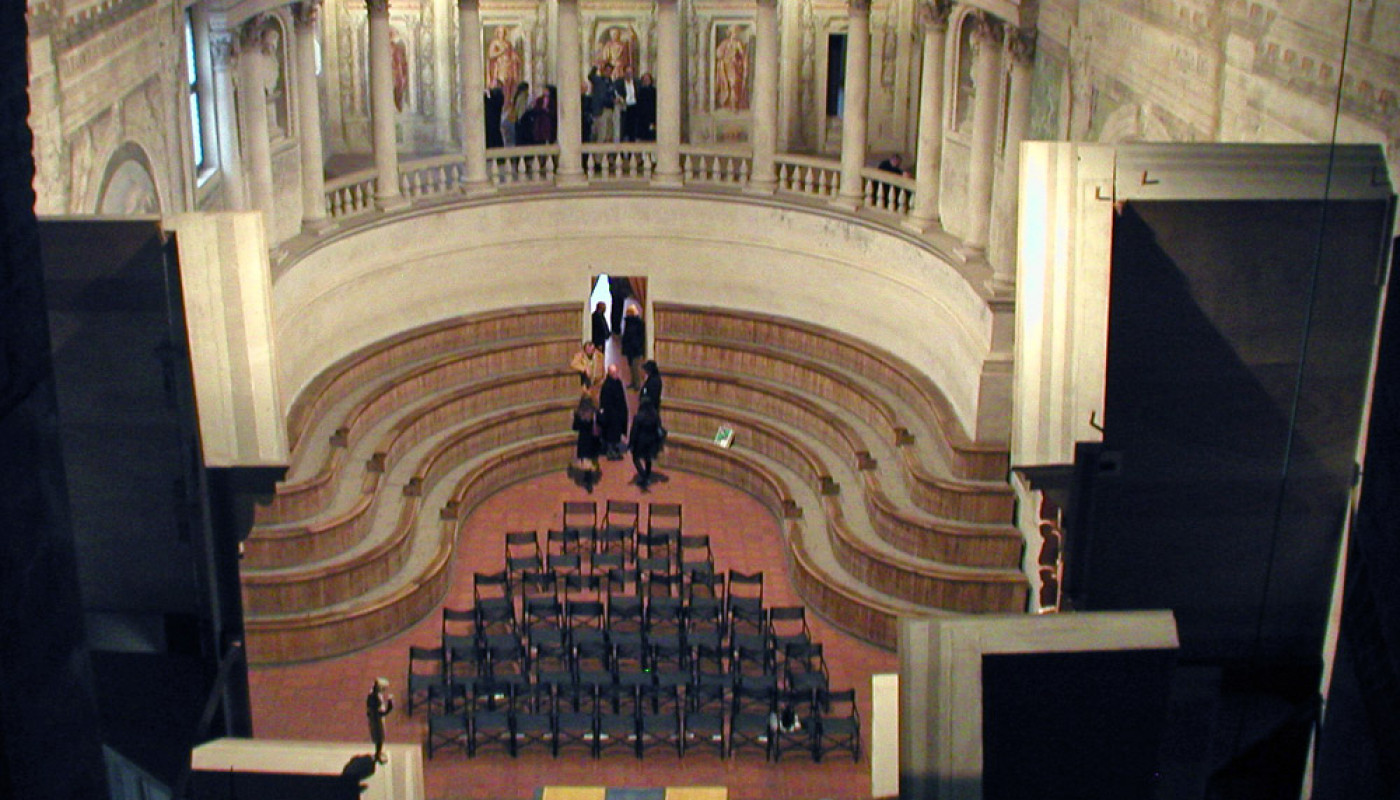 Sabbioneta, the ideal city, grew from nothing between 1556 and 1591, conceived by the duke Vespasiano Gonzaga Colonna. Together with Mantua it is today a Unesco World Heritage. Here stands the Teatro all’Antica (The Classical Theatre), built between 1588 and 1590 by the architect Vincenzo Scamozzi. It is the first theatre in modern times that was conceived from the start as theatre building, without adapting a pre-existing building. The wonderful frescoes inside were created by artists from Venice, part of Paolo Veronese’s school, as is evident in the painted spectators above the loggia. Other frescoes and sculptures refer to ancient Rome.

The loggia, an early example of a Royal Box, is adorned with twelve elegant columns that support the same number of statues of Olympic gods. The layout of the room is reminiscent of a classical theatre: a semicircle with steps for the audience, a rectangular orchestra and a raised stage with a permanent, three-dimensional stage set – and still without a portal. Other important buildings in the city: the Garden palace (Palazzo del Giardino), the Gallery of Antiquities (Galleria degli Antichi), the Duke’s Palace (Palazzo Ducale), the synagogue