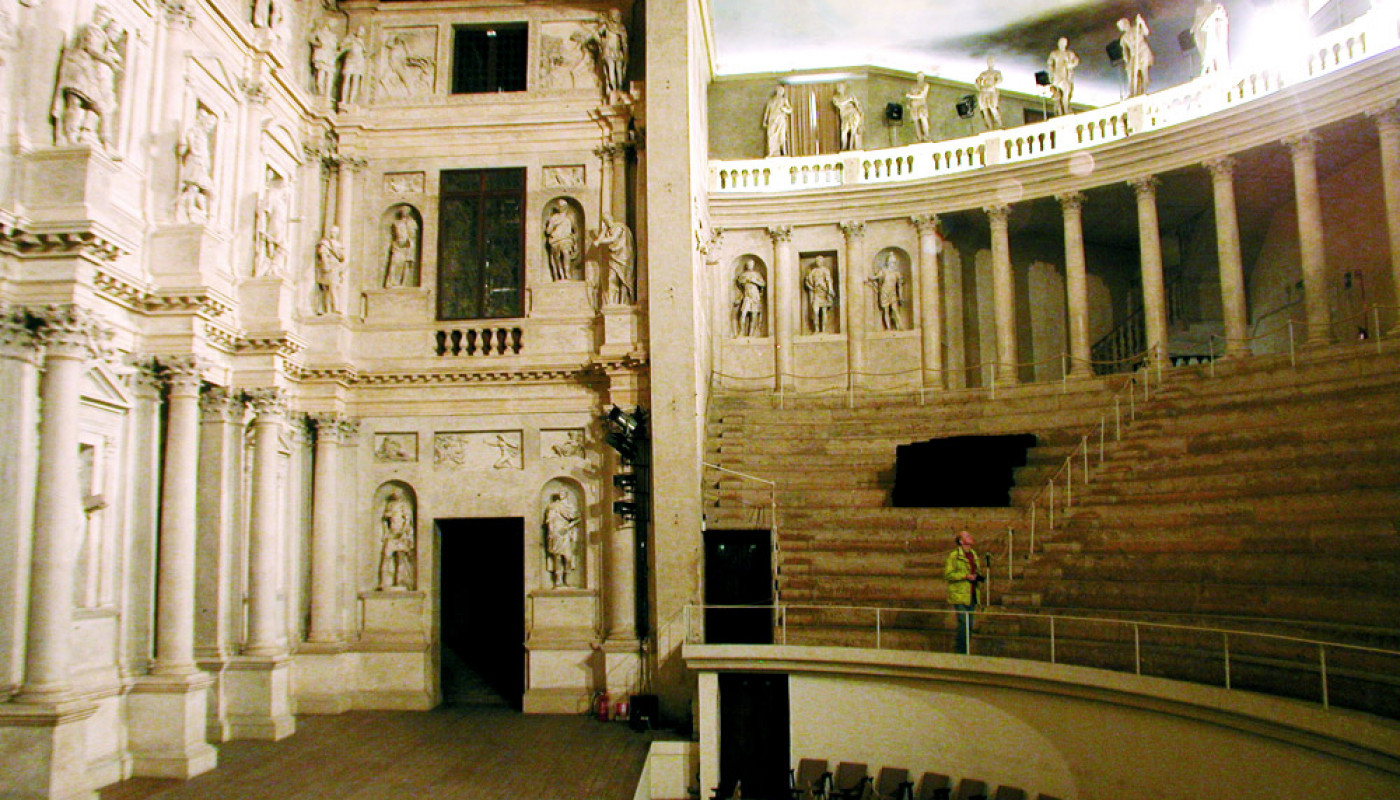 Vicenza is a treasure trove of history. It reached its pinnacle in the Renaissance, in the Venetian period, when an ingenious architect appeared on the scene: Andrea Palladio. His masterwork is the Teatro Olimpico, the oldest theatre building in the western hemisphere, commissioned by the Accademia Olimpica of Vicenza. On 3 March 1585 it was inaugurated with "Oedipus the tyrant" by Sophocles. Today it is a Unesco World Heritage. We reach the auditorium by passing through two halls designed by Vincenzo Scamozzi, the Odeon and the Antiodeon. The auditorium suggests an antique Roman open-air theatre with a monumental stage wall (scenae frons).

The arches in the wall open up to the streets of Thebes, or rather the original wooden stage decorations created by Scamozzi for the very first performance in 1585 and on site unchanged until today. The stage wall features statutes of members of the Academy and reliefs depicting the adventures of Hercules. In the first months of each year, the Teatro Olimpico hosts concerts of classical music and the festival Vicenza Jazz, whereas in autumn the renowned Ciclo di Spettacoli Classici presents classic drama.