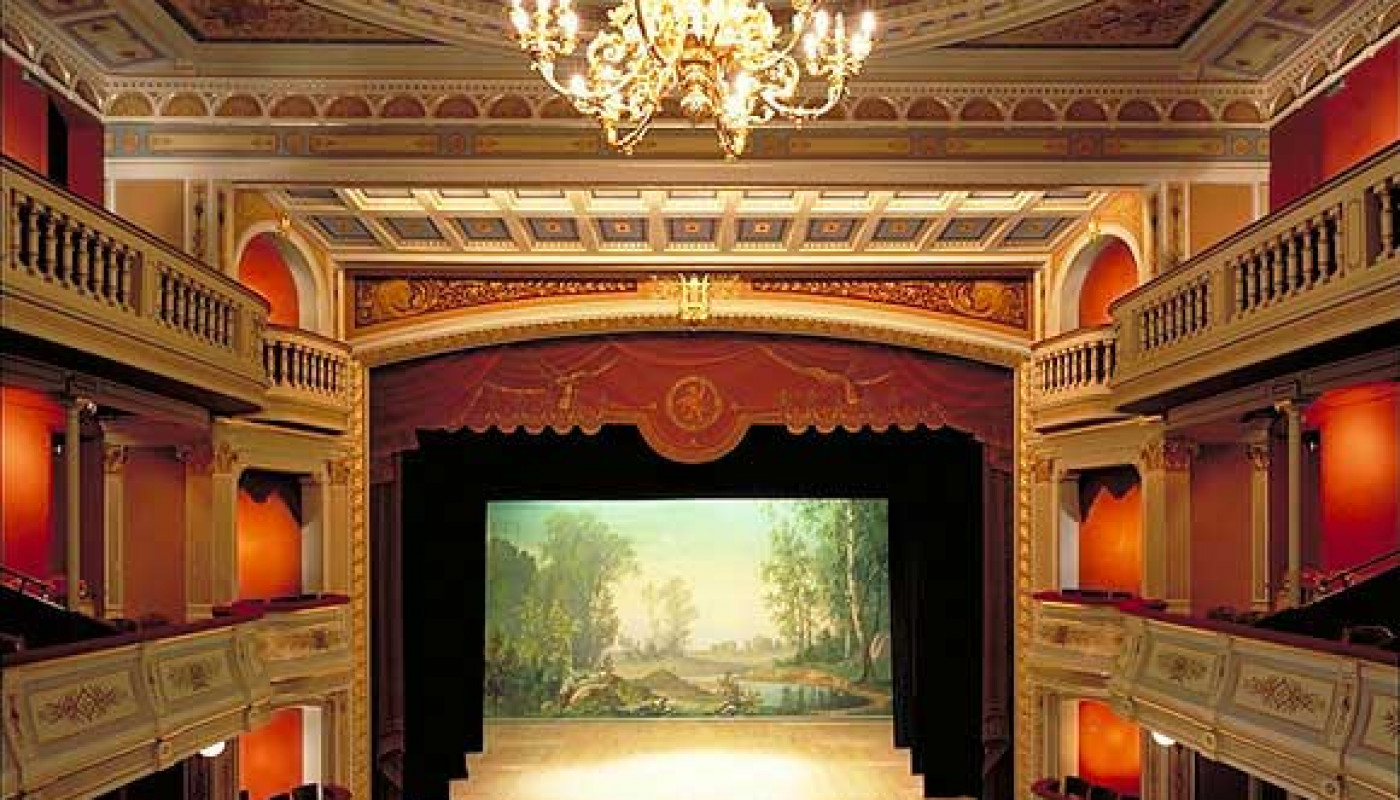 Ystad Theatre enjoyed an extensive restoration campaign from 1989 to 1993 that brought back the old splendour to this 1894 theatre. One of the most splendid parts is the collection of original stage sets from the workshop of Sweden’s then most prominent theatre painter, Carl Ludvig Grabow. On the technical side, the stage features an ingenious combination of old and new. When the theatre opened in 1894, its new machinery for movable scenery was already considered out of date. The era of Baroque, when this technology had been invented, was definitely over. So it remained unused, and its wooden drums and shafts, chariots and wheels disappeared bit by bit over the years.

When Per Simon Edström came looking for it in 1992, he found parts of it all over the theatre. So he started to reassemble the machinery. Today, the theatre combines the old, reconstructed machinery in the understage with modern machinery above the stage – thereby allowing for contemporary performances as well as for performances in the old style. Ystad’s theatre presents over 200 performances every year and is probably best known for the summer opera that celebrates its 35th anniversary in 2013 and also for the Ystad Sweden Jazz Festival..