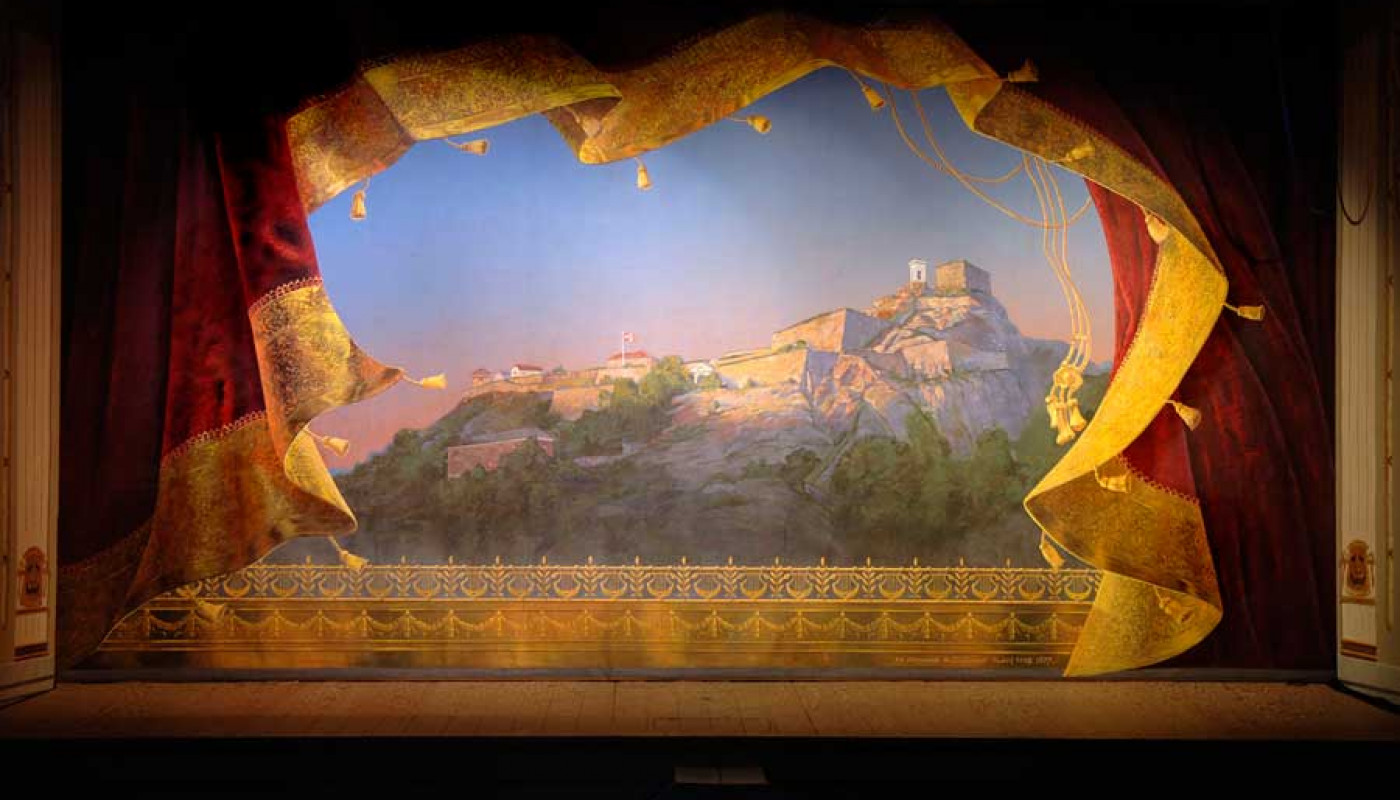 Norway‘s best preserved historic theatre opened in 1838. Designed by the engineer officer atFredriksten fortress, B. N. Garben, it was financed bythe members of the Music theatre association and theDramatic arts association in Halden (Fredrikshald), and expanded in 1850 with banqueting rooms and a kitchen. The theater is an Empire style building with symmetrical façades; the stage, too, has been preserved, featuring a simple mechanism for scene changes.

An extensive restoration campaign was completed in 1982 and a new dressing room block added. Fredrikshald Theatre has an extraordinarycollection of stage sets from the 19th century whichwill be shown in a former mission house. The building and the collection are owned by Halden historiske Samlinger (Halden History Museum). The theatre operates as a theatre and event location within the antiquarian and museum requirements.