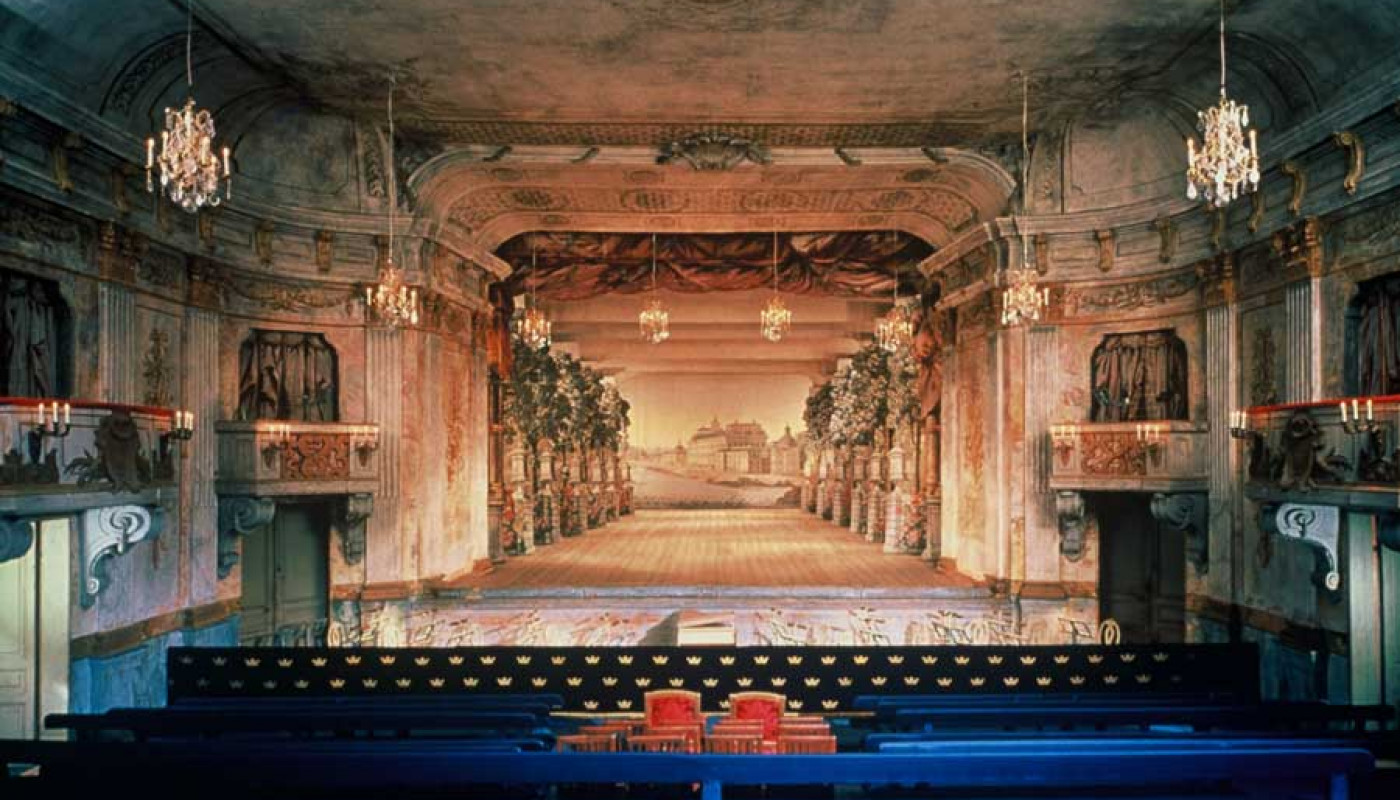 Drottningholm Court Theatre, located just outside Stockholm, was built at the request of Queen Lovisa Ulrika by Carl Fredrik Adelcrantz. It was completed in 1766 and has been preserved in its entirety until today. Thus even today, the original stage machinery allows for quick changes of scenery, and in addition there are moving waves, trapdoors, cloud carriages and wind and thunder machines. A unique collection of original 18th century scenery is also being preserved. The heyday of the theatre began in 1777 with Gustaf III who initiated drama and opera in the Swedish language.

Following his death in 1792 the theatre was closed. And it stayed closed for 130 years, until it was rediscovered in the 1920’s. Every summer the theatre presents a festival of 18th century opera, concerts and family events. This festival started already in 1946, making it one of the longest running festivals in Europe. In 1991, Drottningholm Court Theatre was proclaimed a UNESCO World Heritage.