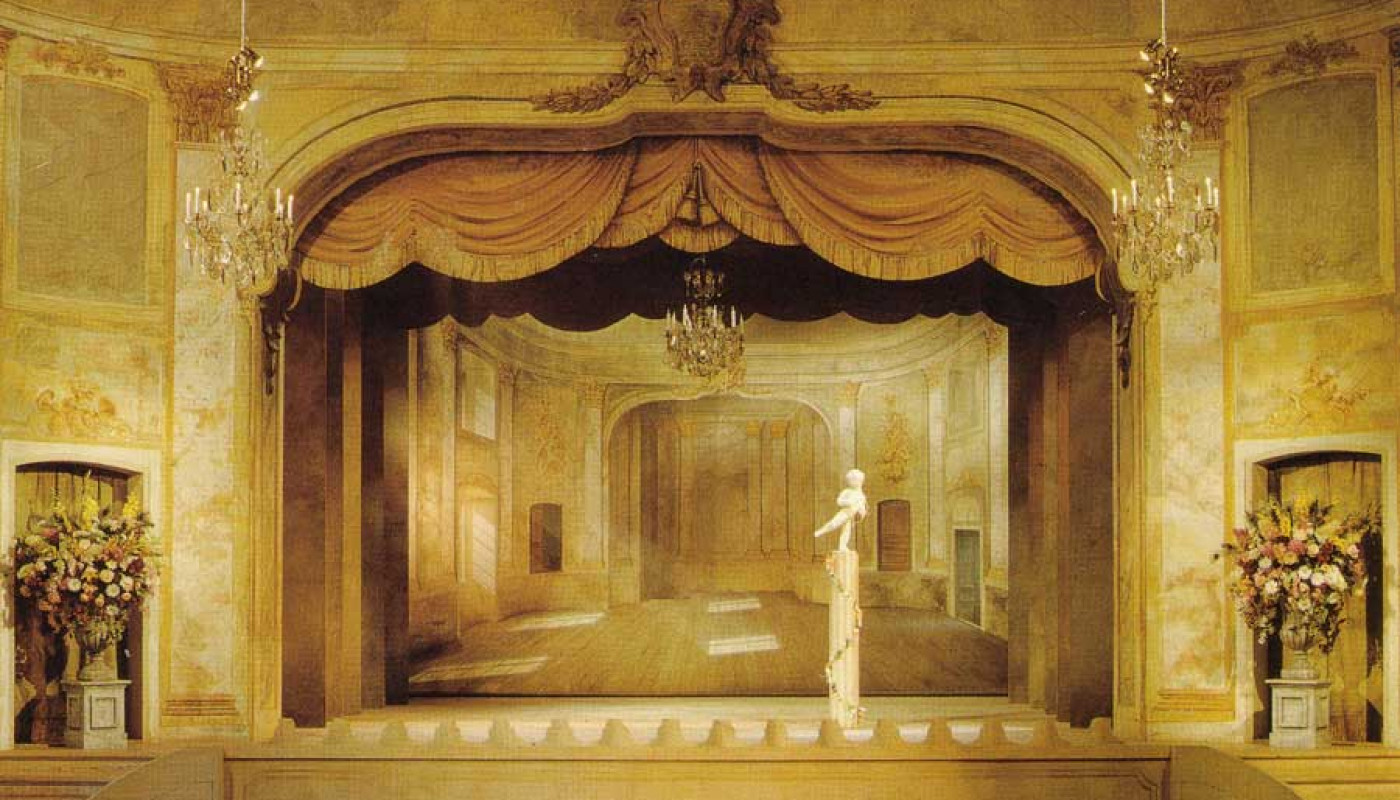 The Court Theatre at Ulriksdal Palace features the oldest original theatre interior in Sweden, designed 1753 by the theatre architect Carl Fredrik Adelcrantz. The building itself had originally been constructed as riding stables in the 1670’s. On Queen Lovisa Ulrika’s initiative it was converted into a theatre. Next to the auditorium, elegant salons were furnished for the royal family and their guests. The grand central salon is equipped with a "table à confidence", i.e. a dinner table that can descend, through a trapdoor, to a kitchen in the basement where it can be laid and then hoisted upwards again.

In this way the royal family could dine without any eavesdropping servants. The theatre is named after this salon. The rococo-style auditorium holds more than 200 seats. In 2003 a reconstruction of the old stage machinery was realized and a new set of scenery in the style of the 1700’s was made especially for Confidencen. Managed by opera singer Kjerstin Dellert, Confidencen offers an extensive summer season of drama, opera, concerts and ballets.

Visits: guided tours on appointment from May to September