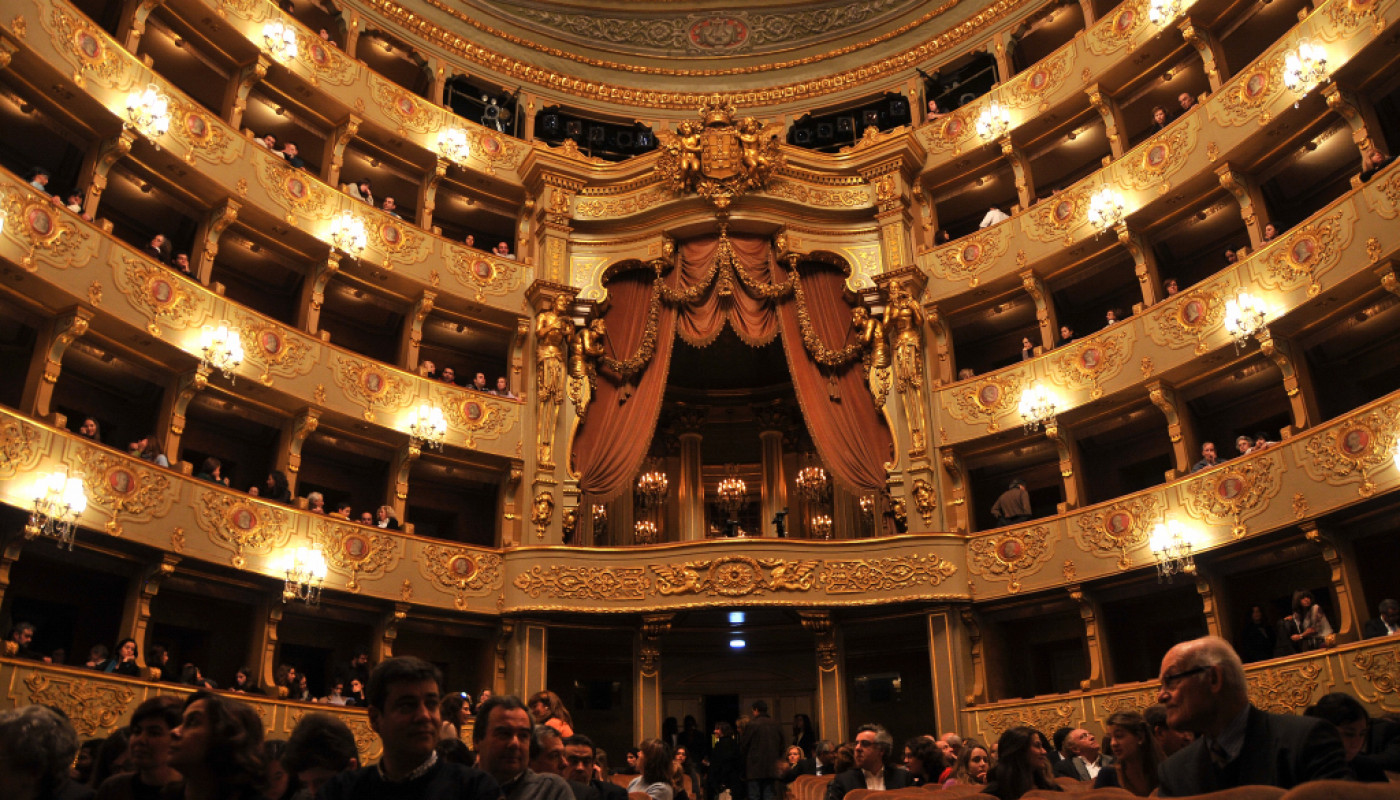 São Carlos National Theatre was inaugurated in 1793 and designed by the Portuguese architect Jose Da Costa e Silva in an attempt to imitate the Scala Theatre in Milan. It’s an impressive and monumental building of great beauty and harmonic lines. Built to replace the old Tejo, the theatre which was completely destroyed by the earthquake which devastated Lisbon in the middle of the XVIII century, it was declared of National and Public interest in 1996.

oday it stands as the only national theatre centre which also holds opera and choral & symphonic musical events. The extraordinary architectural beauty and value of this building, as well as the exquisite quality of the musical program offered by the theatre, has positioned São Carlos National Theatre as one of the most acclaimed sites in the European artistic and cultural scene.