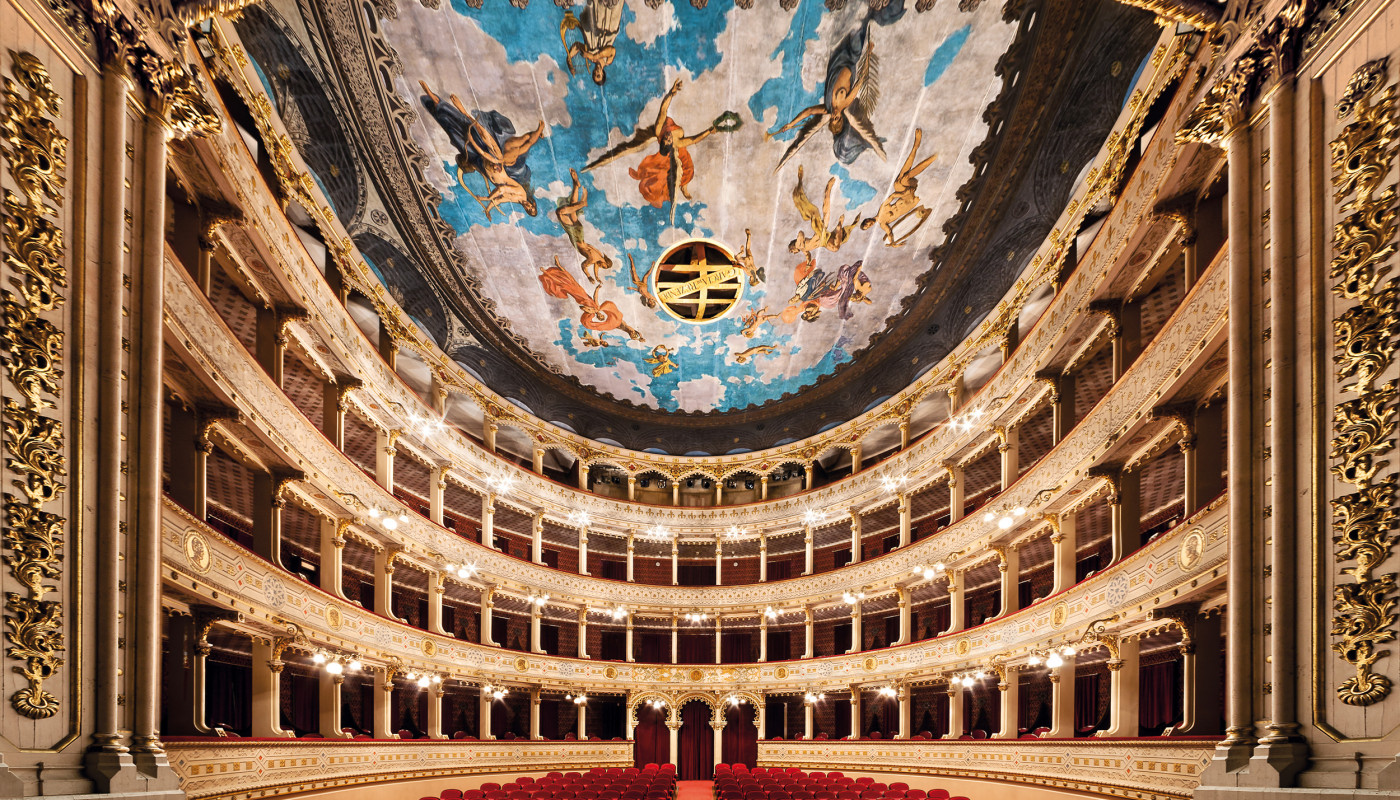 The Theatre García de Resende, inaugurated in 1892, was desig- ned by the engineer Adriano da Silva Monteiro in a Neo-Baro- que style, under the strong in- uence of the XVIII century Italian theatres. Some of the most important national art- ists of the time worked in the decoration of the theatre. Located in Évora, a UNESCO world heritage site, the Theatre Garcia de Resende is one of the most representative theatre buildings in Portugal.

Due to its value and singularity, the theatre was declared National Heritage monument in 1996.The restoration works done in 1998 received the Europa Nostra award on herit- age conservation. The theatre hosts the Évora Drama Centre, a resident company which offers a very dynamic programming throughout the year.