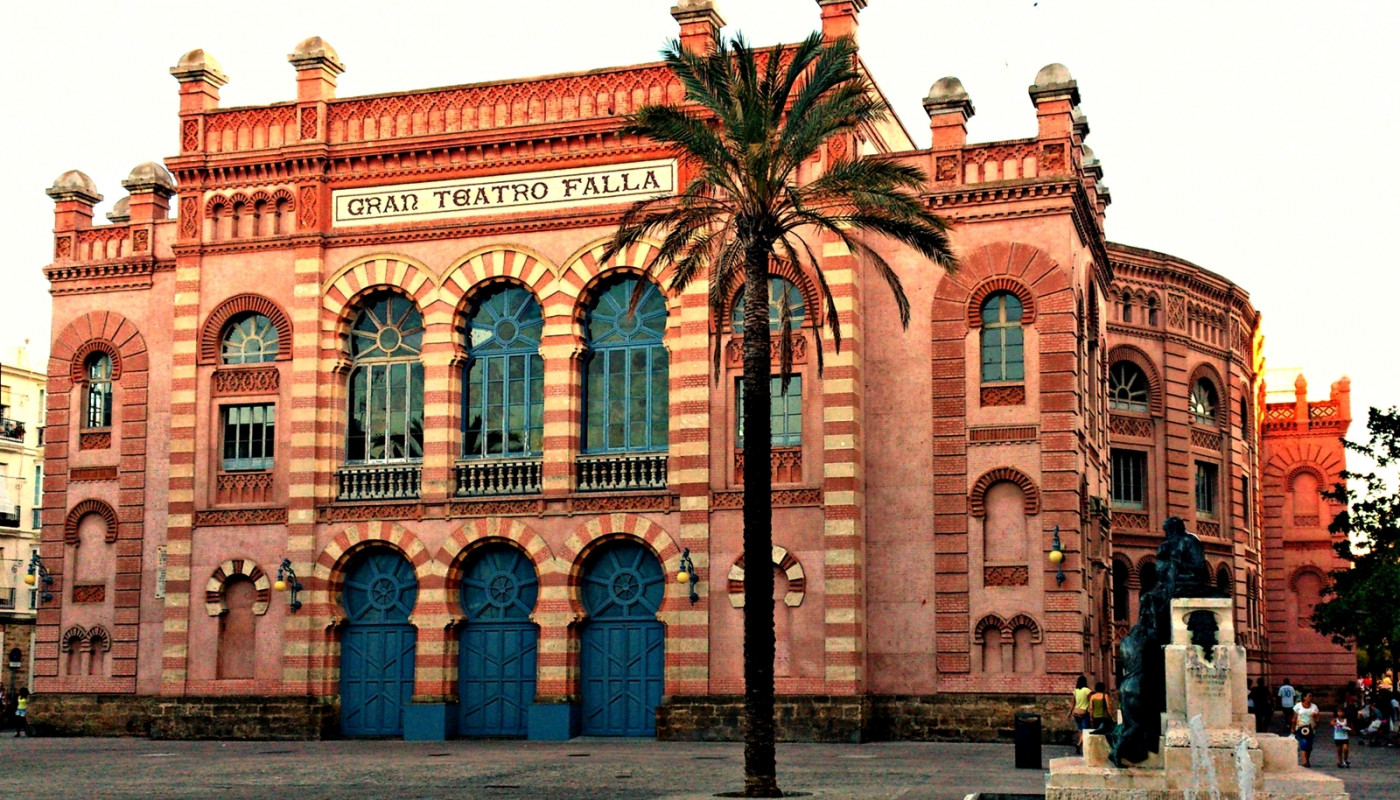 Monumental and magni cent, Grand Theatre ‘Falla’ was inau- gurated in 1910. The original red bricks façade is of Moorish style and workmanship in u- ence which can also be noted in the inside of the theatre which stands out for its rich and colorful decoration crowned by an impressive canvas on the ceiling representing the allegory of Paradise.

he metallic core frame structure of the theatre is of special interest as well as the famous ‘Well Tides’, situated under the stage. This theatre is particularly famous amongst Spaniards because it’s the host of the annual acclaimed chirigotas performances that take place during Cádiz Carnival festivities, which have also granted this theatre the popular affectionate nickname of The Temple.