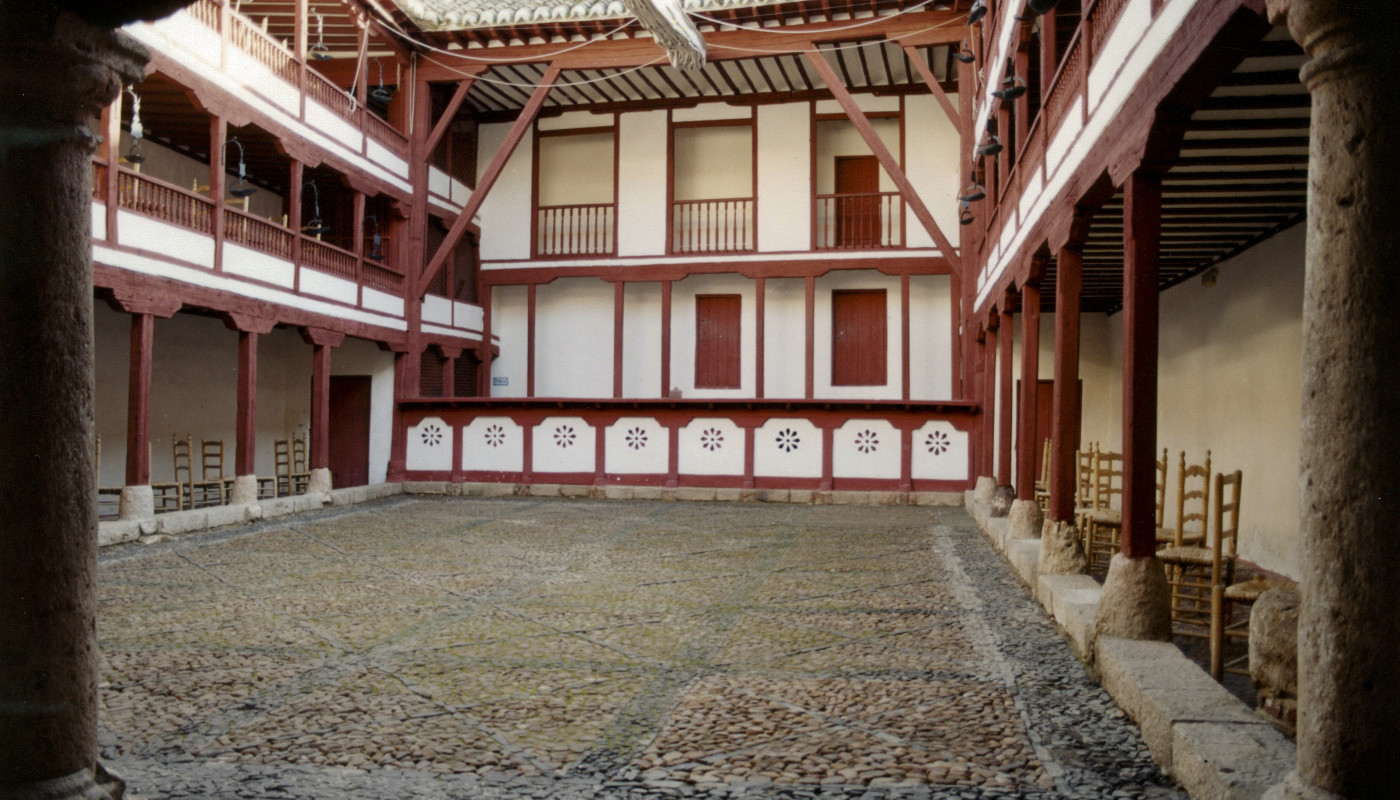 The Corral, literally a ‘theatrical courtyard or patio’, was built in 1629 over the premises of an old inn known as The Bull Inn. It is the only known theatre of its kind still standing and functioning in Europe. Part of its uniqueness also resides on the fact that the theatre has managed to keep its original structure, historical remain of what a XVII century house of the comedy or theatre courtyard used to be during the Spanish Golden Age.

The Corral is officially declared Monument of National Interest and since 1978 hosts the International Festival of Classic Theatre of Almagro which currently takes place during each whole month of July. Also worth seeing in Almagro: the National Theatre Museum (open every day) and the Plaza Mayor.