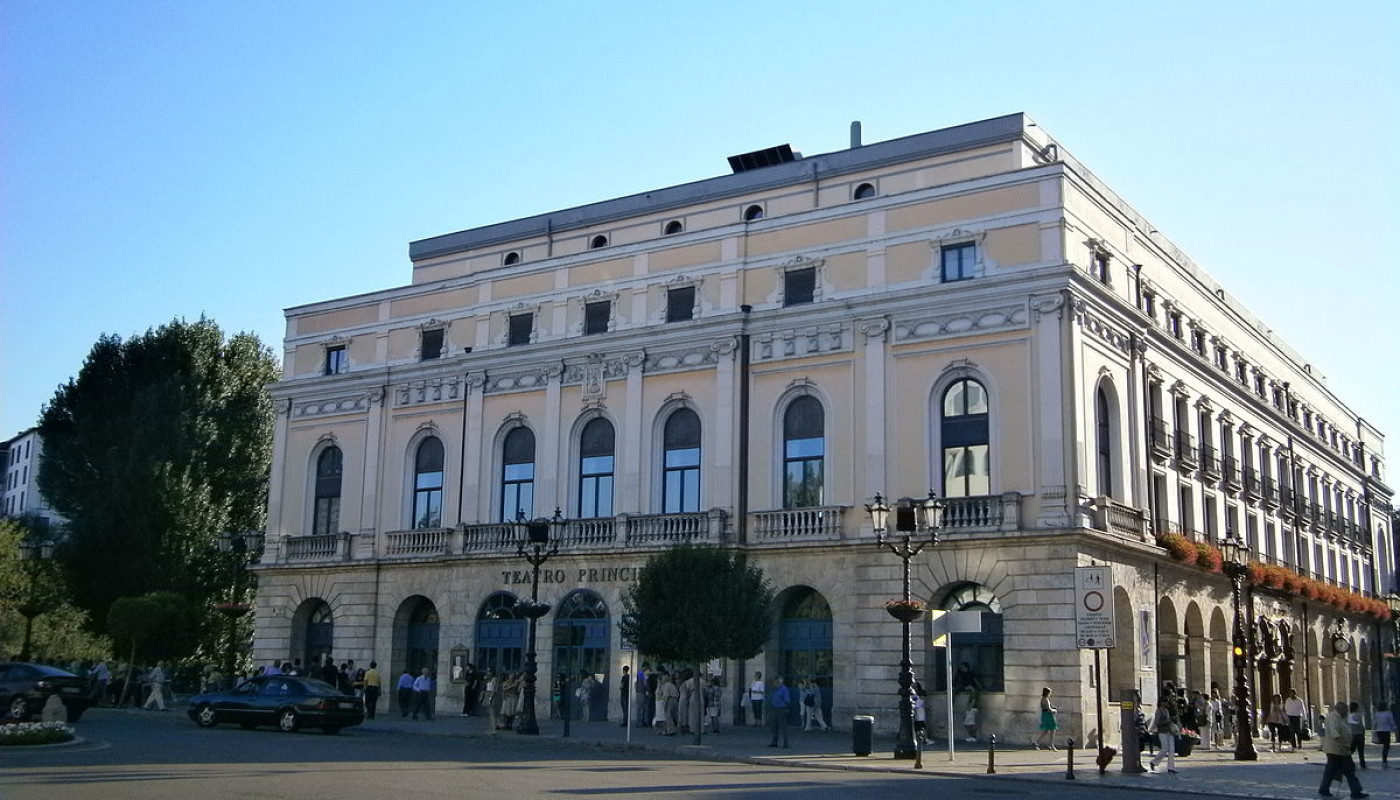 The Principal of Burgos opened in 1858. Its privileged location by the river gave this theatre a natural protection against re and would become the centre of all social life in Burgos. This emblematic building of serene beauty harmonizes with the magni cent architecture of a world heritage monument, the gothic Cathedral of Saint Mary of Burgos.

The theatre was designed by architect Francisco de Angoitia who collected and recreated the important elements of European theatre architecture of the time. After many years of intense activity, The Principal heyday came to an end in 1946, ultimately closing its doors until 1997, the moment when the theatre would open again with a new motto: ‘Everybody’s theatre, a theatre for everybody’.