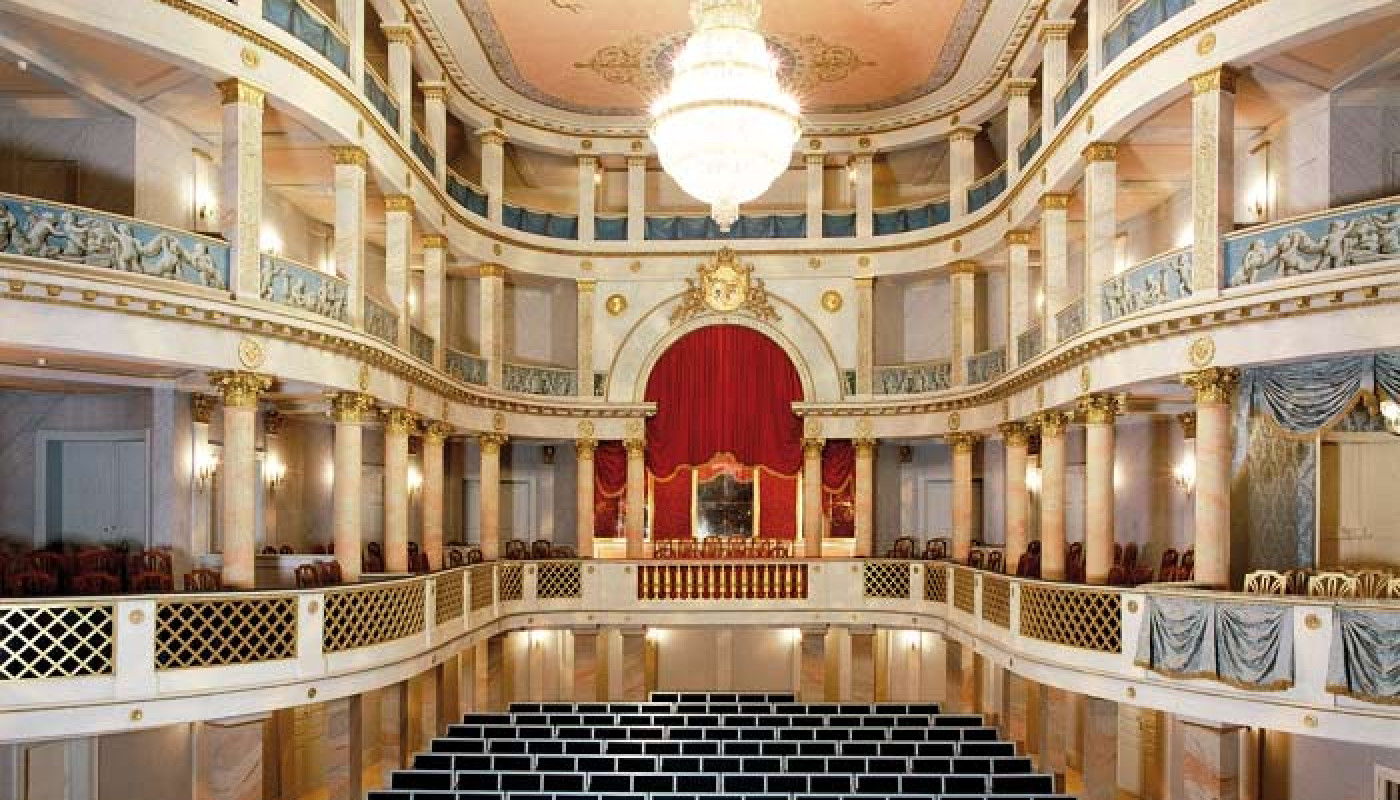 The residential palace Ludwigsburg presents art and culture of the 18th and 19th century. Three new museums in the palace display paintings, china and royal fashion. A highlight is the palace theatre (Schlosstheater). It was constructed from 1758 onward by Philippe de la Guêpière for Duke Carl Eugen. King Friedrich I of Wurttemberg had the auditorium remodelled in Classicistic style by Friedrich von Thouret in 1812. The theatre was used until 1853, then deserted for 100 years.

And so the auditorium, the stage and the complete stage machinery as well as painted front curtains and stage decorations of the 18th and early 19th century survived–the only ones in Germany and a rare collection in Europe. A permanent exhibition tells the story of the palace theatre. And music lovers meet for the Ludwigsburg palace festival from June to August (www.schlossfestspiele.de).