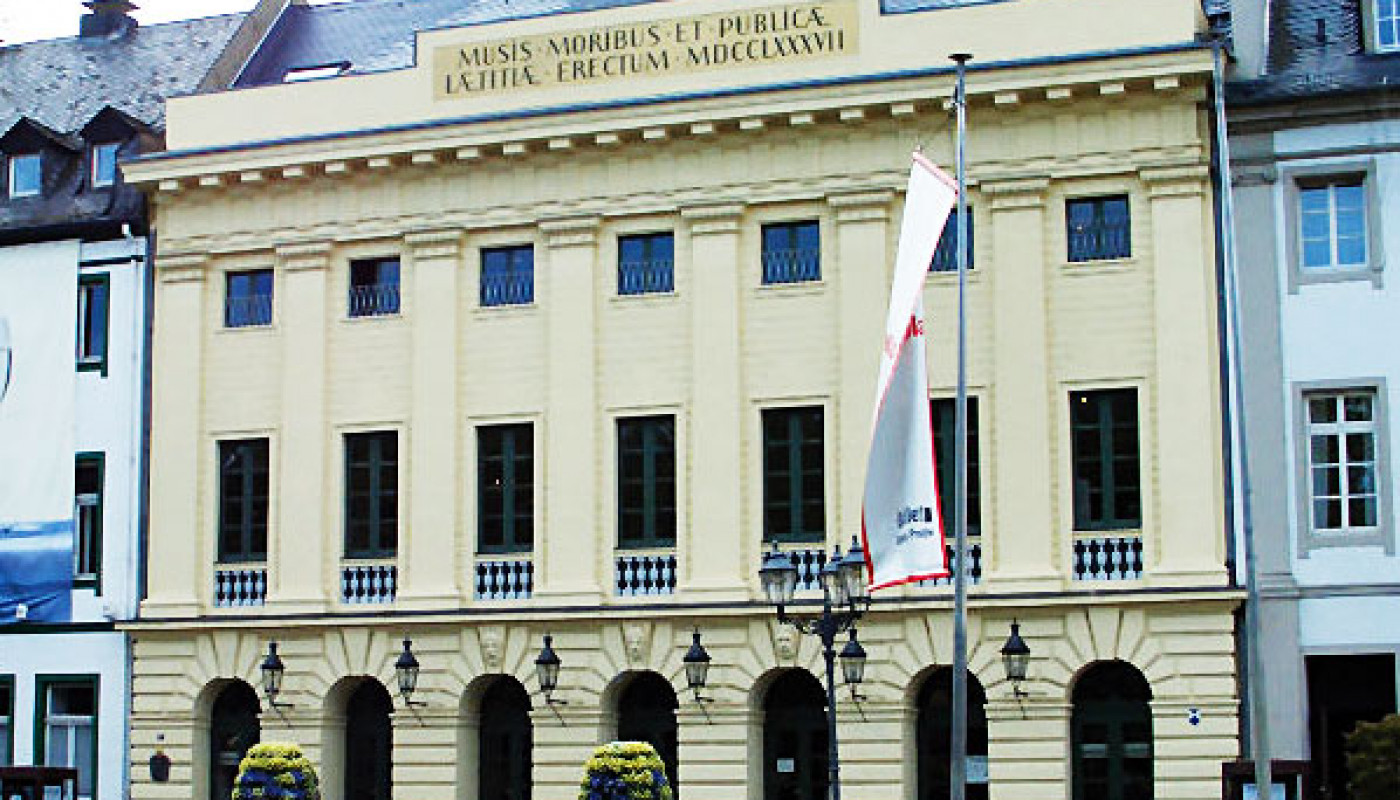 Archbishops, too, ordered theatres to be built. So in 1787, the archbishop of Trier and Elector Clemens Wenzeslaus picked a private investor to erect a “House for Plays, Operas, Balls, and Assemblies” in the city of Koblenz. Only seven months later, on 23 November 1787, the theatre was inaugurated with Mozart’s “The Abduction from the Seraglio.” A week later the first play was performed: “The Brigands” by Schiller.

In 1867 ownership was transferred to the city. The changes that had accumulated in the 200 years of its existence were reversed in 1984/85 and the theatre completely restored; the aim was to recover the original as accurately as possible. Today the Municipal Theatre houses three companies for drama, opera, and ballet and offers performances almost every day.