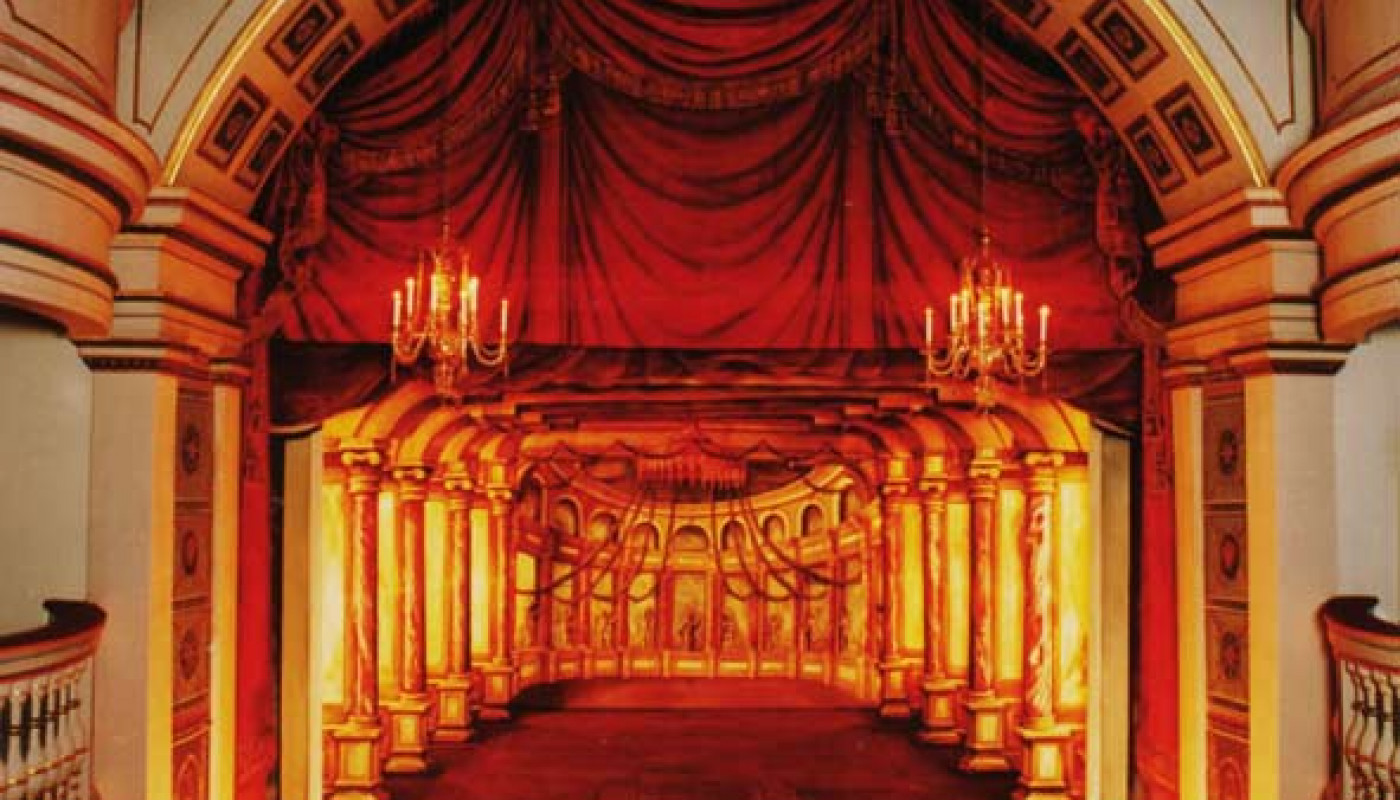 Friedenstein Palace, the largest early Baroque palace in Germany, not only houses outstanding art and antiques collections but also a focal point of German theatre history: the Ekhof Theatre. Built in 1681 and equipped with a still preserved stage machinery, it is presented today in its design from 1775 when modern German theatre started here. Until 1778 Conrad Ekhof, the “Father of German acting”, creator of the realistic style in theatre, served here as director of Germany’s first fully employed theatre troupe.

Fixed days of performance, regular salaries, a growing repertoire, subscriptions, tickets sold to all citizens, subsidies, and a pension fund were unique assets of this Gotha court theatre. The theatre is preserved today exactly as it was in Ekhof’s time–including the stage machinery that springs to action during the Ekhof Festival (July, August).