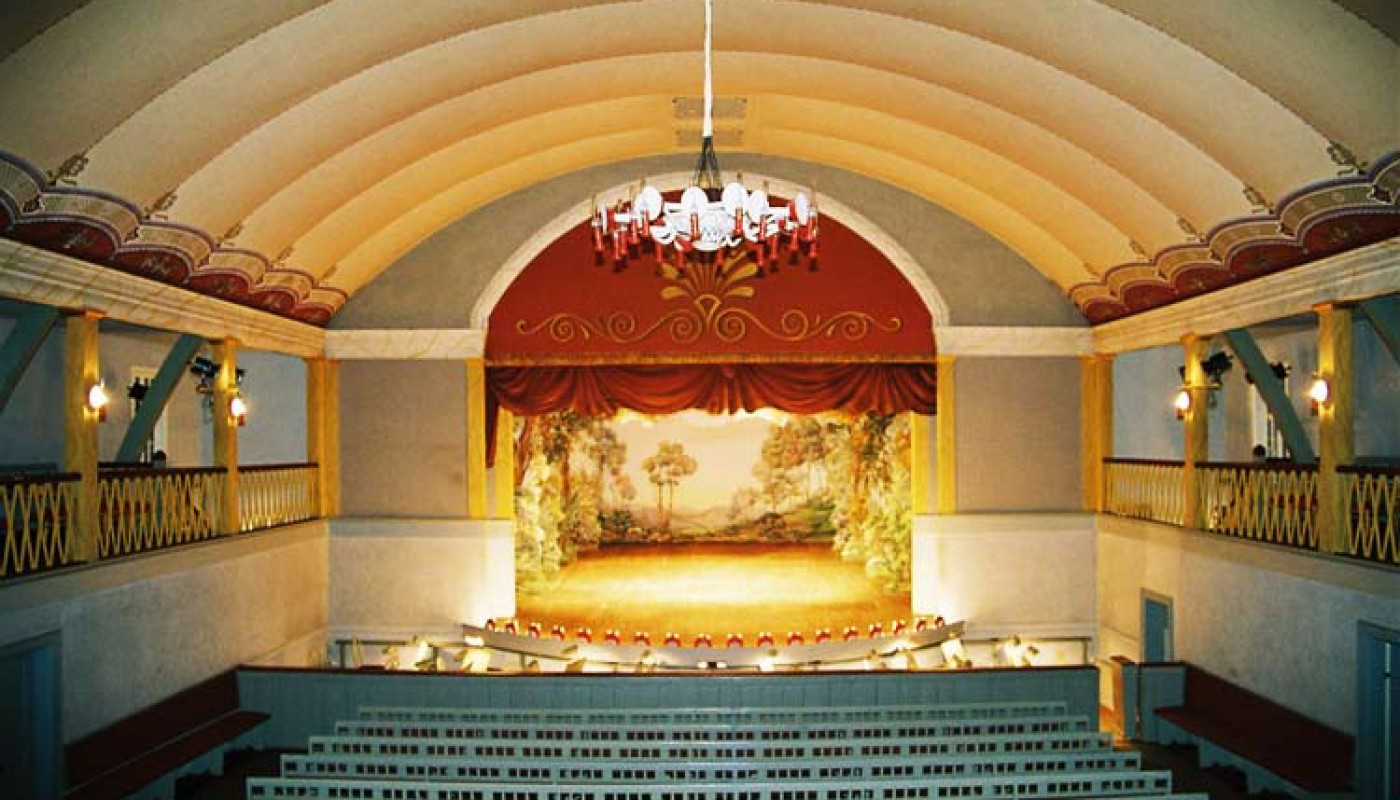 In 1802 the poet Johann Wolfgang von Goethe had this theatre built after his own design as a summer venue for his Weimar court theatre company in the spa town of Bad Lauchstaedt near Halle (Saale). The opening performance on June 26 the same year included a prologue written by the poet and his production of Mozart’s opera “Titus”. By way of a number of careful restoration campaigns this treasure of the German Classical period has been saved over centuries.

Thus one can still immerse here in the theatre of Goethe’s time. During guided tours also the understage is shown with its reconstructed historical stage machinery that allows spectacular scene changes on the open stage. From May to October there are delightful performances of works by Goethe, Schiller, Mozart, Handel etc.