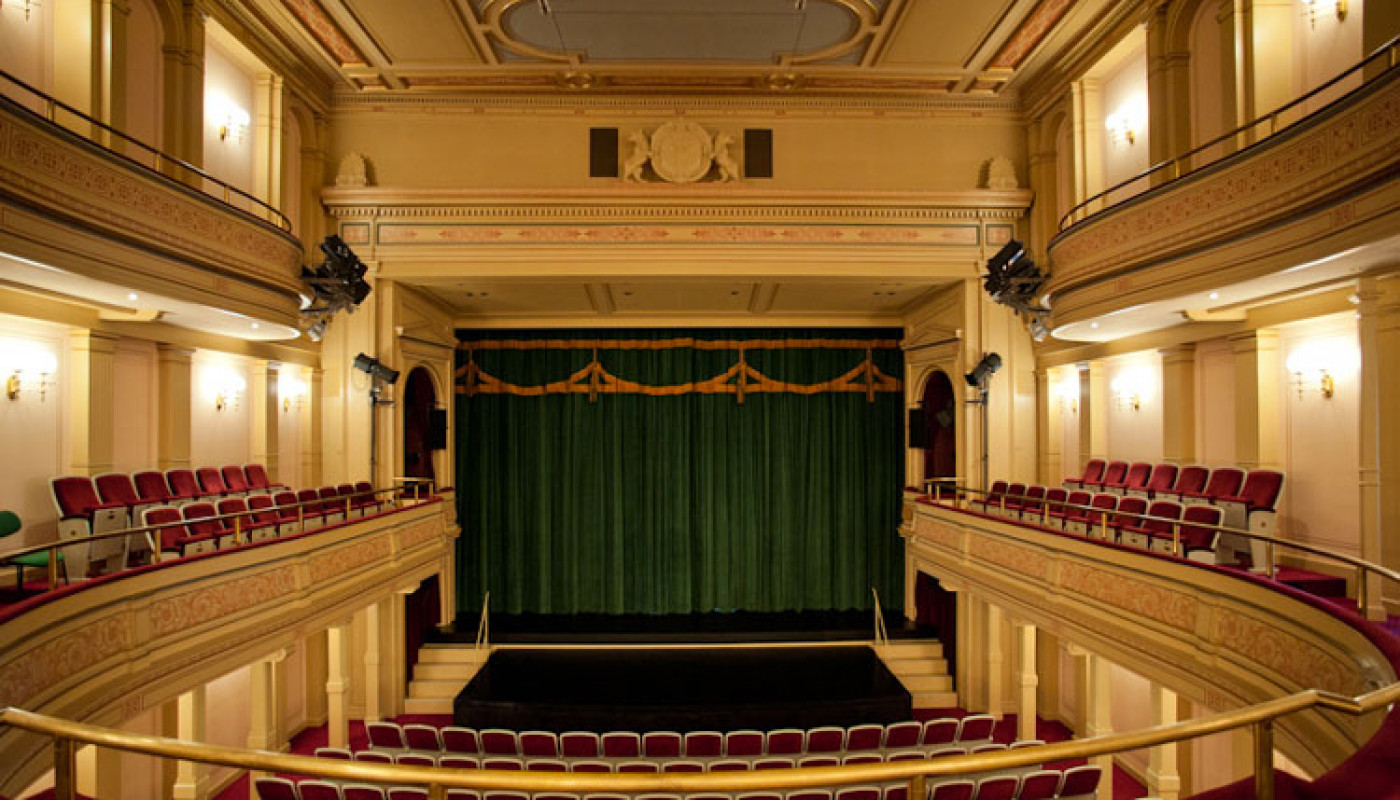 Duke Alexius Frederick Christian gave order in 1825 to erect in the immediate vicinity of the palace, and on 2 March 1827 the citizens of Bernburg enjoyed for the first time a performance in their very own theatre. In the years to come, great artists would perform here, like the violin virtuoso Niccolò Paganini in 1829 or Richard Wagner in 1834.

In 1882 the theatre was remodelled by the Berlin architect Eduard Tietz, who also added the present facade, and more than a hundred years later, modern foyers were created. Thus two periods meet in this lovely theatre: 1882 and 1997. And much can be learned from it, also regarding the history of the whole Anhalt region. On stage, a mix of different professional companies and local amateur troupes offer interesting productions throughout the year.