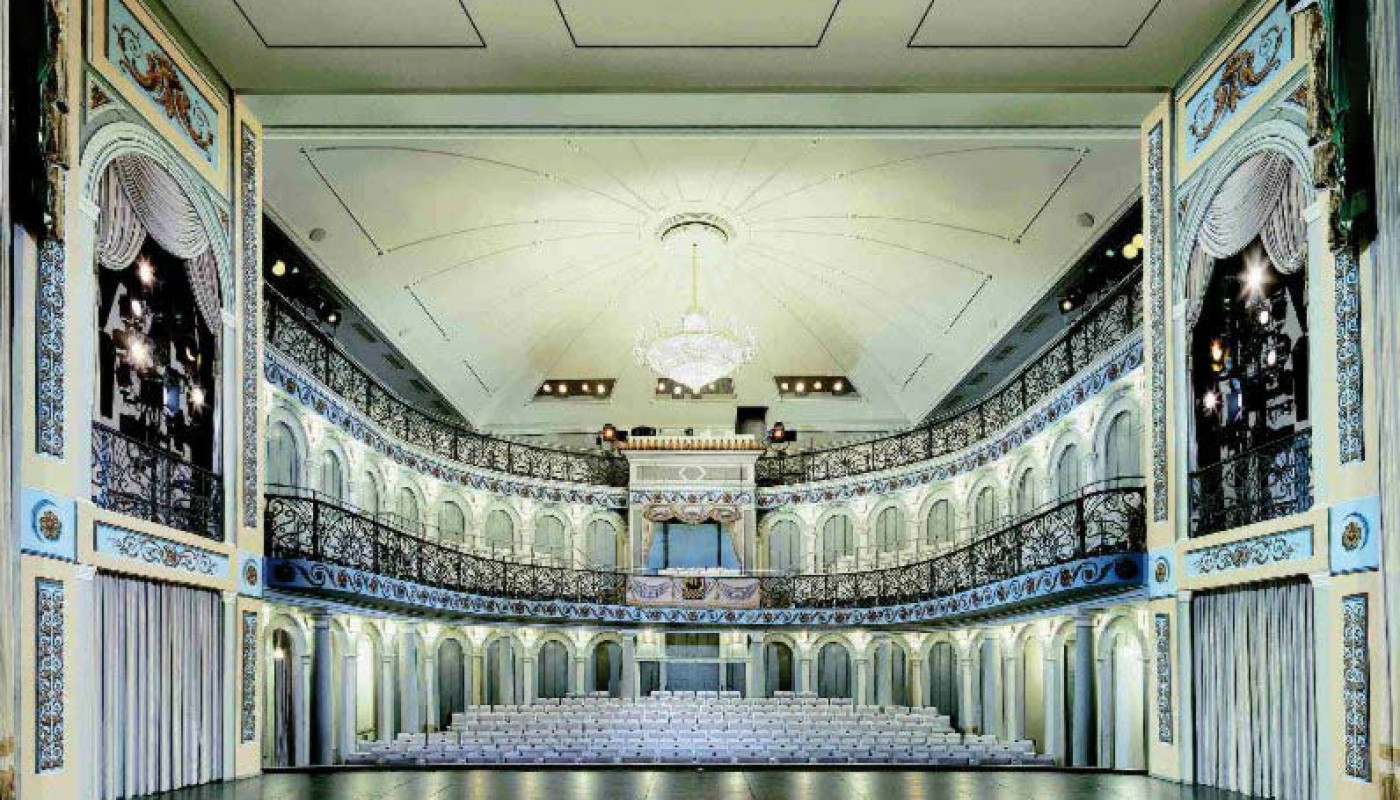 Visiting the theatre in Putbus is an integral part of every holiday on the island of Ruegen. It is situated in a town that Marques Wilhelm Malte of Putbus (1784–1854) commissioned as his seat–it is also the second oldest spa on the coast of the Baltic Sea after Heiligendamm. In a capital and in a spa there had to be a theatre. And thus it was inaugurated in 1821.

Redesigned in 1826, it was sanitized and restored at great expense from 1992 to 1998. Since then this gem of North German Classicism has been glittering with its old beauty. In cooperation with the theatres in Stralsund and Greifswald (“Theatre Vorpommern”) about 300 performances per year are presented here.