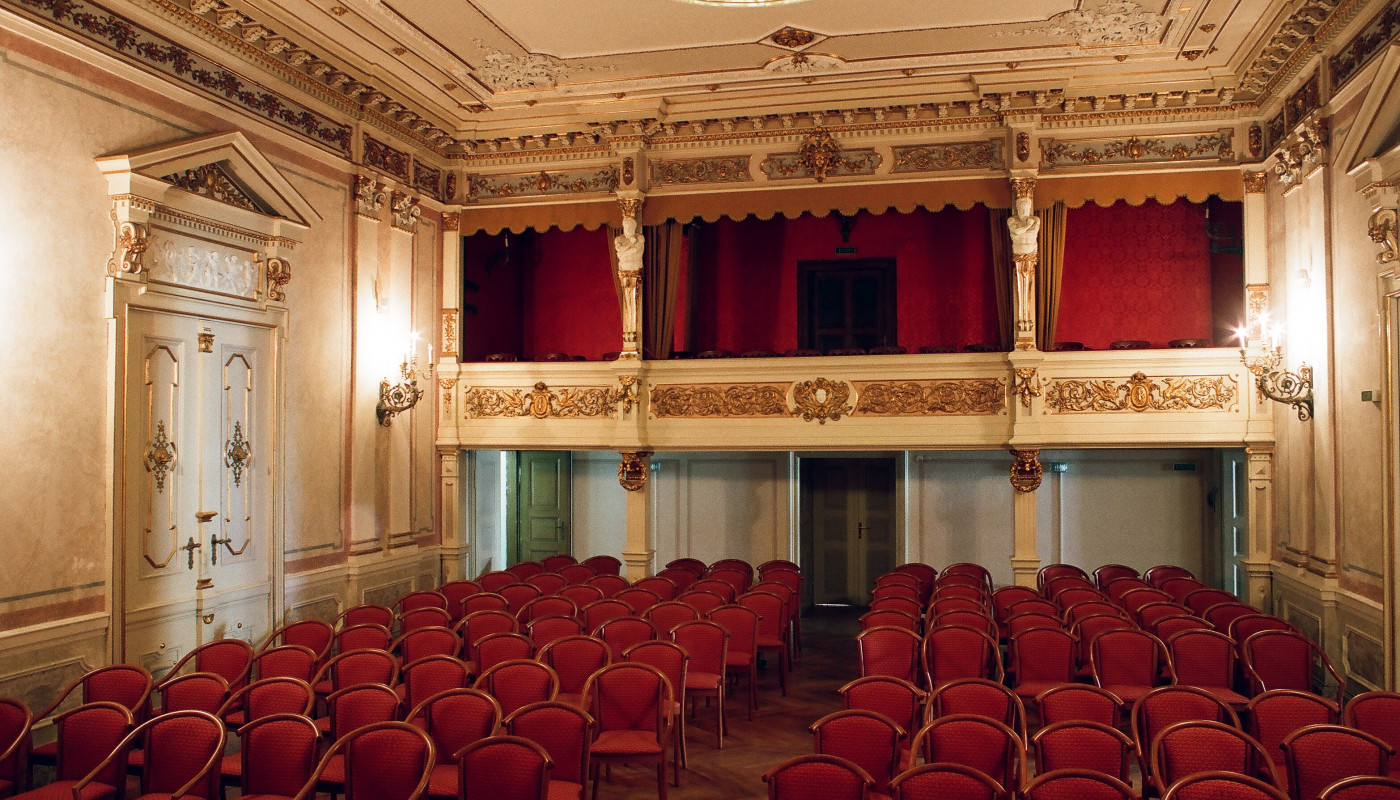 Not far from the Austrian-Czech border the town of Weitra sits on a hill. It was built 1201–1208 by Hadmar II of Kuenringen as a castle and town complex. Around 1600 the castle was transformed into a Renaissance palace by the imperial court architect Pietro Ferrabosco. Here one can spend a whole day, wandering through the palace museum, the brewery museum, the permanent exhibition on the Iron Curtain and: the palace theatre. The Fürstenberg family who had been residing here since 1606, built the theatre already in the 18th century. In 1885, Count Egon Eduard of Fürstenberg gave it its present form.

It is a typical rectangular hall theatre with a royal box at the far end, elegantly decorated in shades of white and gold by the Viennese architect A. Führer. Also worth seeing are the historical town centre, the medieval city walls and the textile museum.