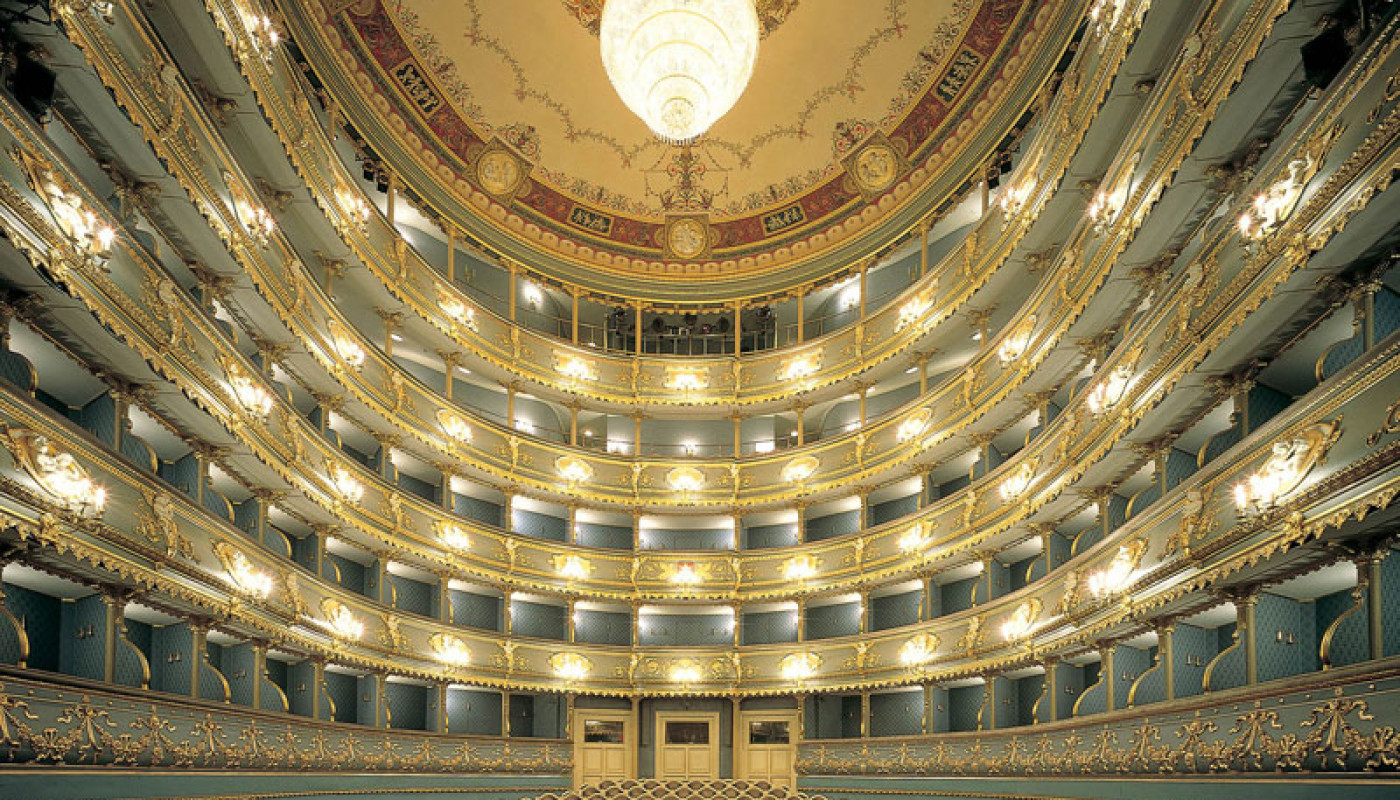 One of the oldest European theatres operating continuously since its inauguration. It was constructed in 1781–1783 by the imperial court architect Anton Haffenecker for count Franz Anton Nostitz-Rieneck, the most important royal official in Bohemia. The theatre opened on 21st April, 1783 as "Count Nostiz' National Theater." After being sold to the estates, the theatre was renamed "Estates Theatre" in 1798; it also carried other names before it returned to this one in 1991.

Mozart created two operas for Prague which premiered in this theatre: "Don Giovanni" (1787) and "La Clemenza di Tito" (1791). In 1859, one storey was added to the building and an extra gallery in the now higher auditorium; in 1882, the auditorium was redecorated in the present style. Since 1920, the Estates Theatre has been the second stage of the National Theatre.