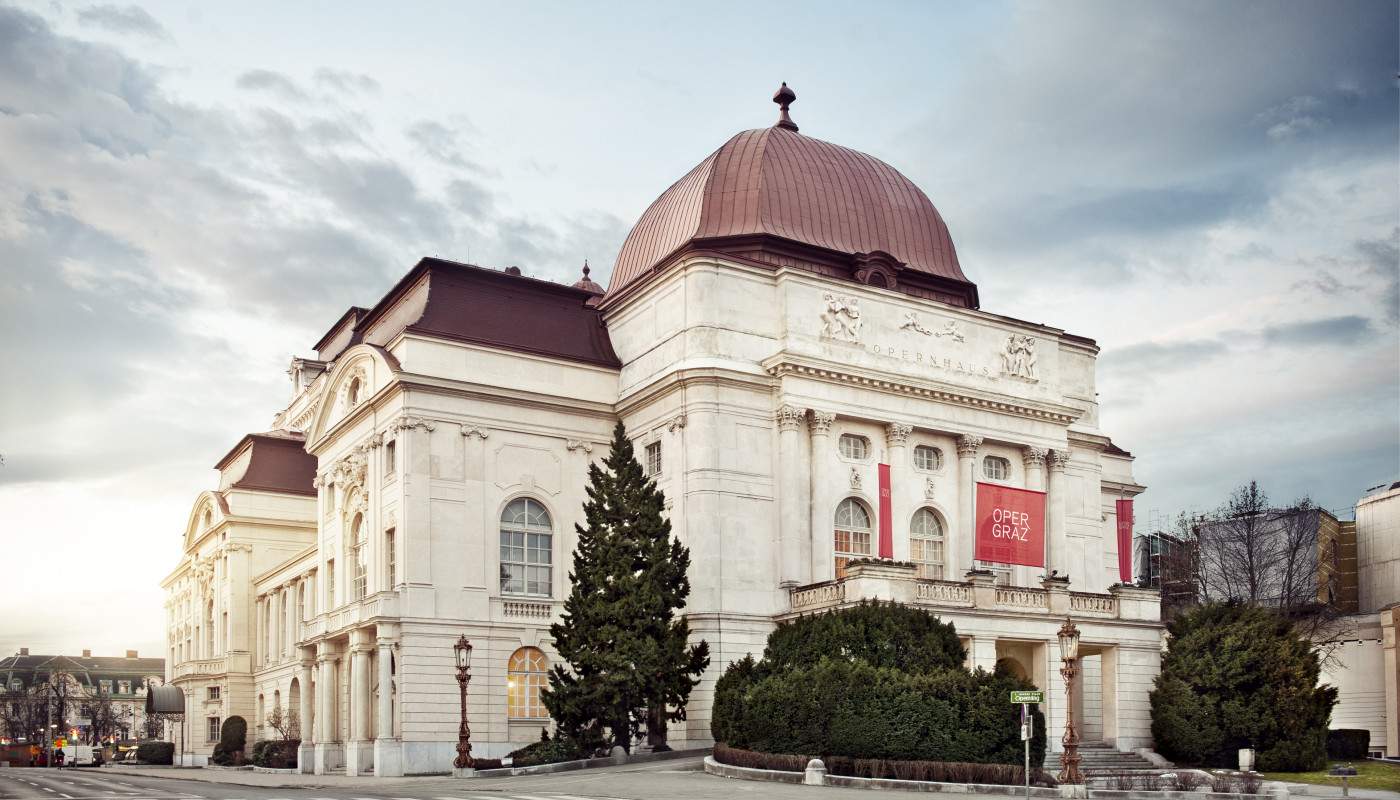 The Graz opera house is one of the most beautiful opera houses in Europe. On the Emperor Route, it is also the shining example of a theatre by Fellner & Helmer, the famous duo of architects during the Austrian monarchy who built nearly 50 theatres. Inaugurated in 1899, the opera house features feudal foyers in the style of Fischer von Erlach and a spledid auditorium that combines Italian boxes with French balconies.

Although it seats 1200 spectators, everyone is close to the action on stage. About 200 performances are offered every year, ranging from opera, operetta and musical to dance and concerts. Located at the popular Emperor Josef Square just off the historic city centre, the opera house is the perfect starting point for a tour of the UNESCO World Heritage Graz city centre and Eggenberg Palace.

Visits: guided tours every first Saturday of the month at 17:00 (Sept–June) and on appointment