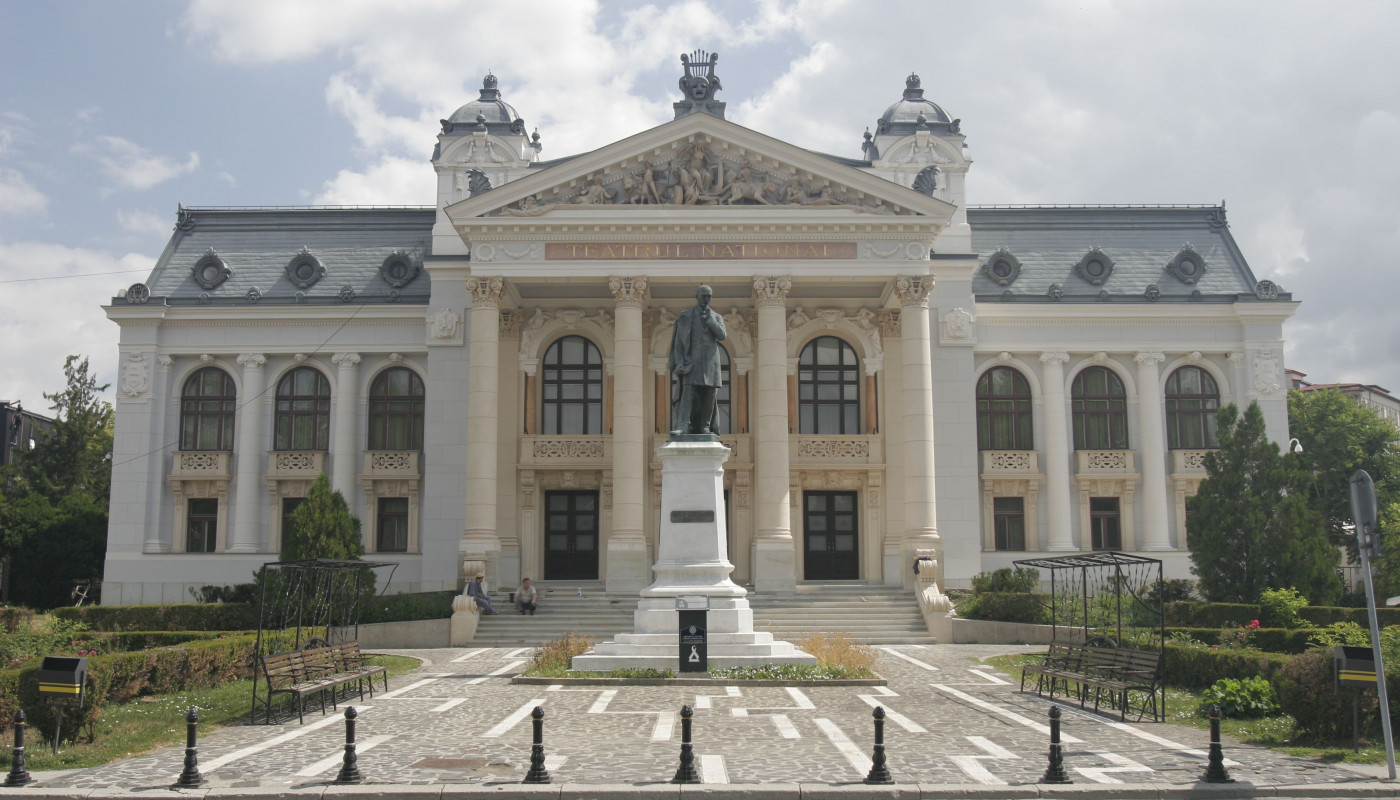 In 2015, the BBC included the Vasile Alecsandri National Theatre in Iasi among the top seven theatres that “take your breath away.”
The building of the Vasile Alecsandri National Theatre in Iasi is an architectural masterpiece built to the plans of two famous Austrian architects, Fellner and Helmer. It contains genuine art monuments such as: the curtain painted with allegories by the Viennese artist M. Lenz and completed by one of his disciples; the ceiling, painted by Al.

Goltz in pastel colours; the iron curtain and the 109-lightbulb Venetian crystal chandelier. The construction lasted for two years, from 1894 until 1896. The power plant of the theatre supplied electricity for the first public lighting system in Iasi (the Theatre Square was lit by 12 electric arc lamps), thus starting the electrification of the city.