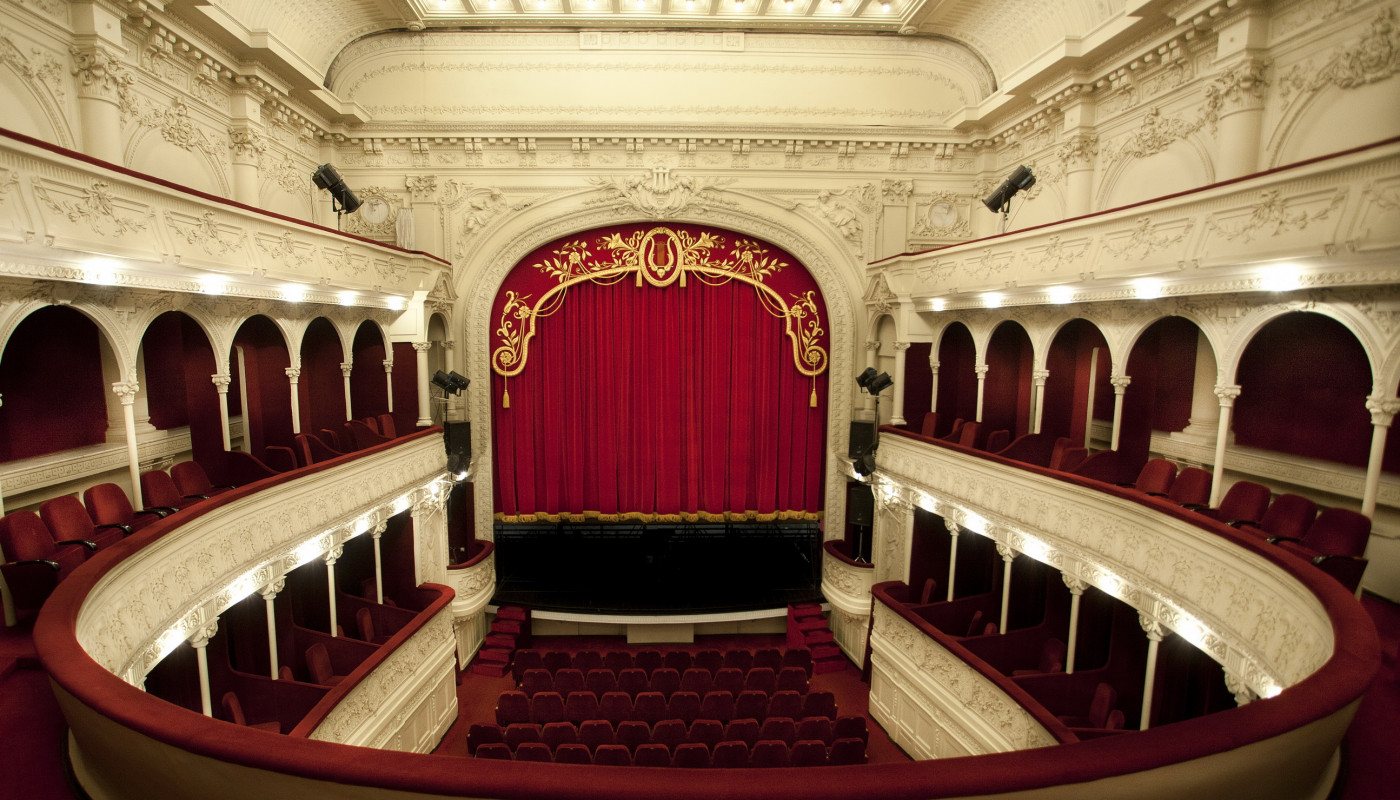 The Odeon Theatre is one of the most representative theatres in Bucharest. The Majestic Hall is the only theatre in the Black Sea region with a sliding ceiling.
The Odeon Theatre in Bucharest is a repertory company founded in 1946, a public cultural institution subsidized by the General Council of the Bucharest Municipality. Since 1974, the Odeon Theatre has been located in the centre of Bucharest, in a splendid building which is a historical monument, designed by the architect Grigore Cerchez and inaugurated on 25 December 1911.

It has two venues: the Majestic Hall has an Italian stage and 300 seats, and the Studio Hall (reopened after 62 years in 2010) has a capacity of 100 seats and is a multifunctional space with a stage built from modular platforms that can be arranged according to director's vision. The Odeon Theatre is the only theatre in Romania that offers foreign spectators the opportunity to watch performances subtitled in English.