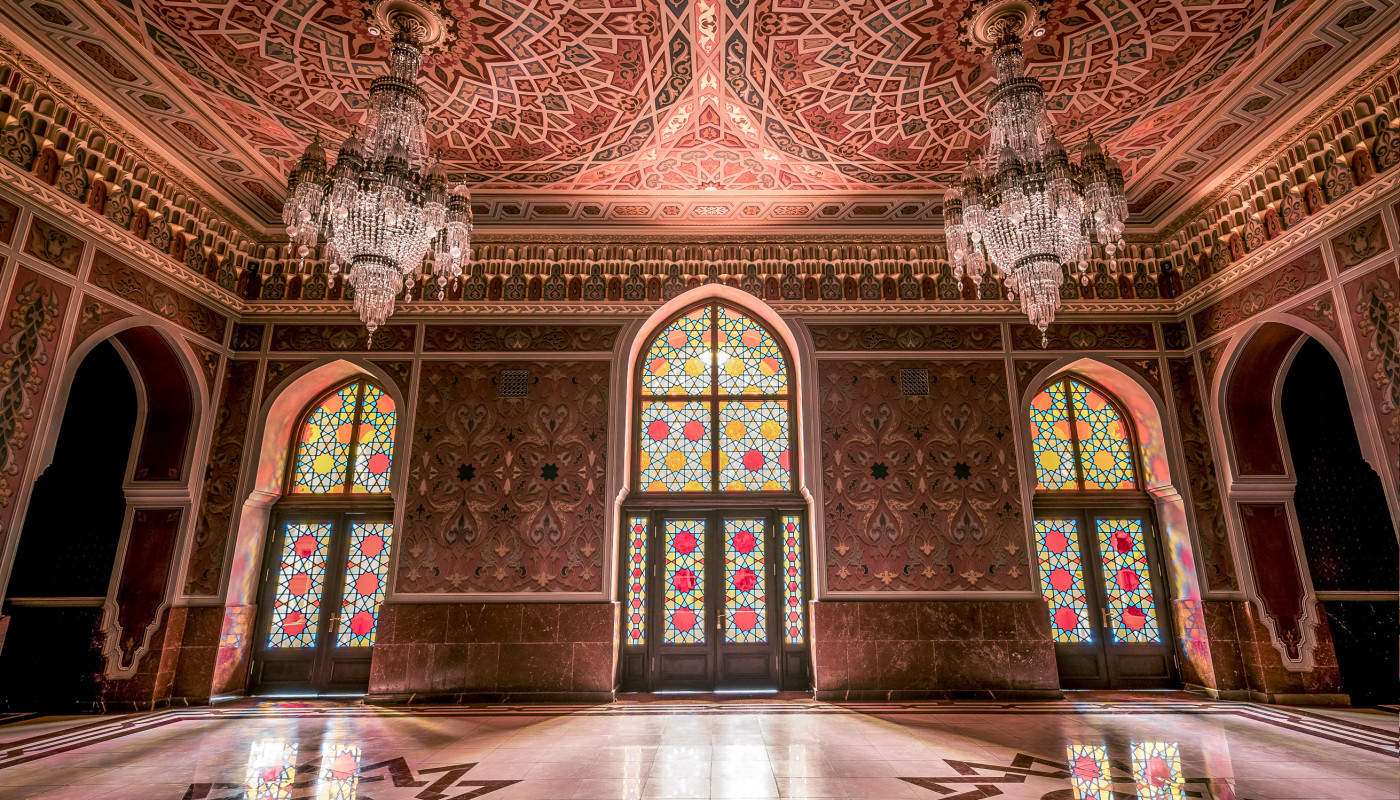 “This is the only theatre in the city, the interior of which is totally Moorish in style, and it is undoubtedly one of the most elegant, beautiful and fascinating theatre buildings that mankind has seen.” (L'Illustration, October 25, 1851) The history of the Tbilisi Opera House began 165 years ago. On April 12, 1851, the first opera house in Transcaucasia was inaugurated with a Grand Masked Ball, attended by the high society of Tbilisi. But on October 11, 1874, this opera house was destroyed by a fire. In 1896, the present building, designed by the architect Victor Schröter, was completed.

This building, too, suffered damages in the course of time, but was restored to its original form in 1978 (architects: Leri Medzmariashvili, Murtaz Chachanidze), preserving the oriental, neo-Moorish style of the building. Six rehearsal halls were included in the structure (three for ballet, two for opera and one for the orchestra), and in the foyer of the theatre, three remarkable halls - called the Red Hall, the Blue Hall and the Mirror Hall - host vocal and chamber music concerts and exhibitions.