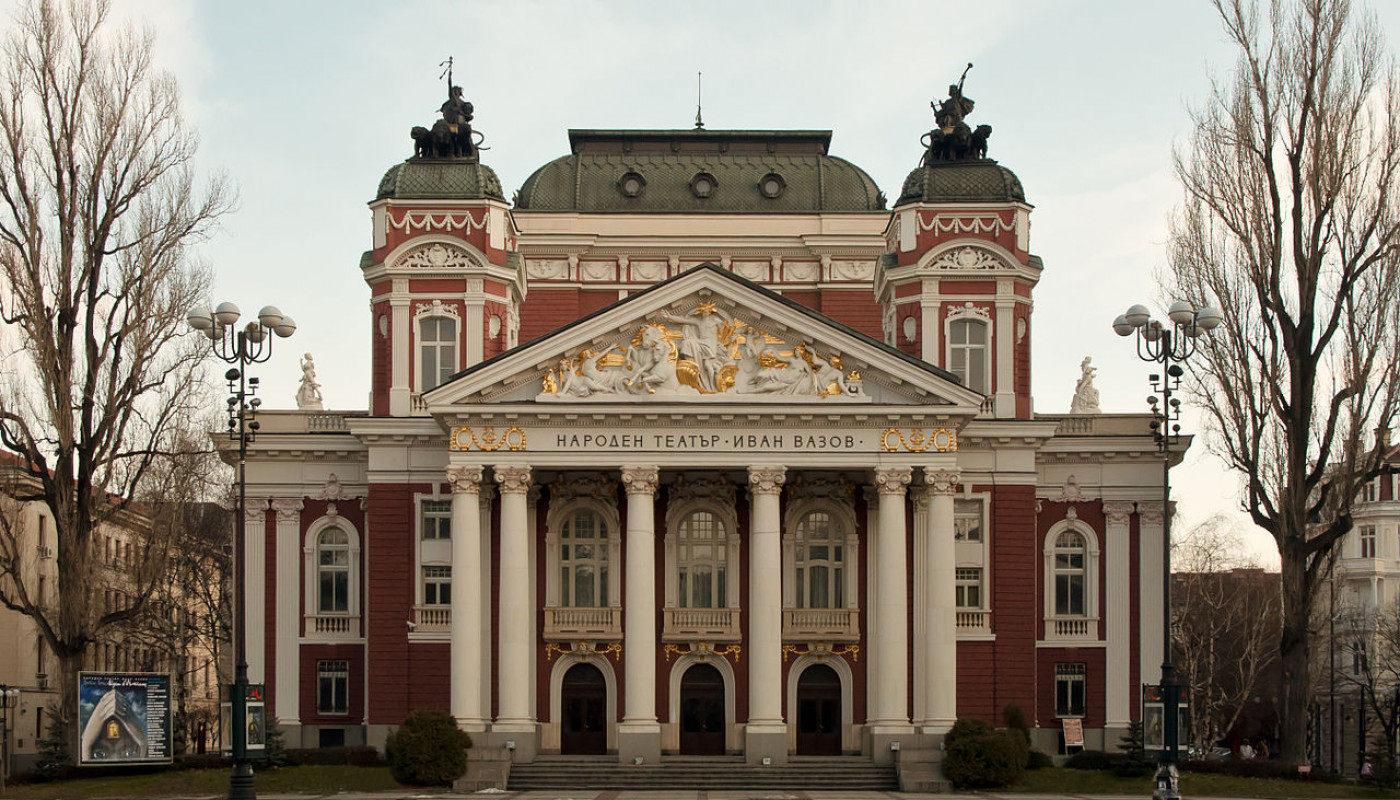 The Ivan Vazov National Theatre is the oldest and most authoritative theatre in Bulgaria and one of the important landmarks of Sofia. It was built in 1904 after the plans of the Viennese architects Ferdinand Fellner and Herman Helmer. Following a major fire in 1923, the building of the National Theatre underwent a five-year process of renovation, when it received its present look, designed by the architect Martin Dülfer.

In 1928 it was opened for shows with brand new technical stage equipment installed by the German companies Mann and Krupp. During World War II the southern facade was bombed and the 2nd balcony was half destroyed, but subsequently rebuilt. The interior was last renovated in the mid-70s. Both the exterior and the interior are preserved in their original form, including the silk wallpaper, the marble lobbies and the gilded elements around the stage and on the facade.