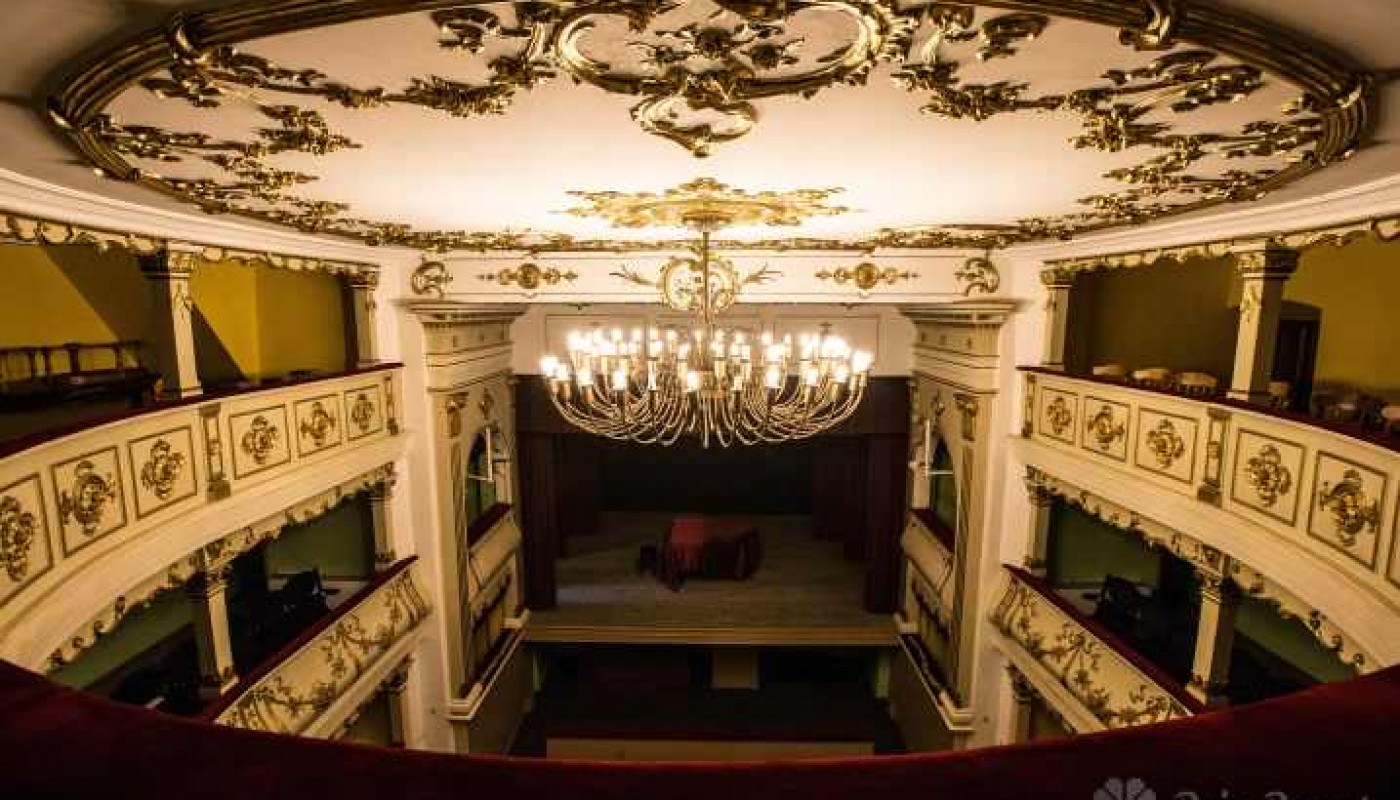 The Old Theatre, named after the poet Mihai Eminescu, is the first edifice in the current Romanian cultural space that was built with the specific purpose of hosting theatre and music performances. The construction works lasted from 1814 until 1816, and the building was officially inaugurated with performances on the 5th and 7th October 1817, in the presence of the Viennese imperial family.

The designer and architect of the edifice was Ion Niuni, who had asked a friend from Vienna, Hieronymus Platzger, to copy for him the blueprints of the old Viennese Burgtheater. The project was adapted to the site by Francisc Knee, an Oravita native. The theatre is a historical and architectural monument, which retains the late baroque or Viennese baroque mark in the way the building is structured inside and out, in its facade and in the decorative elements.