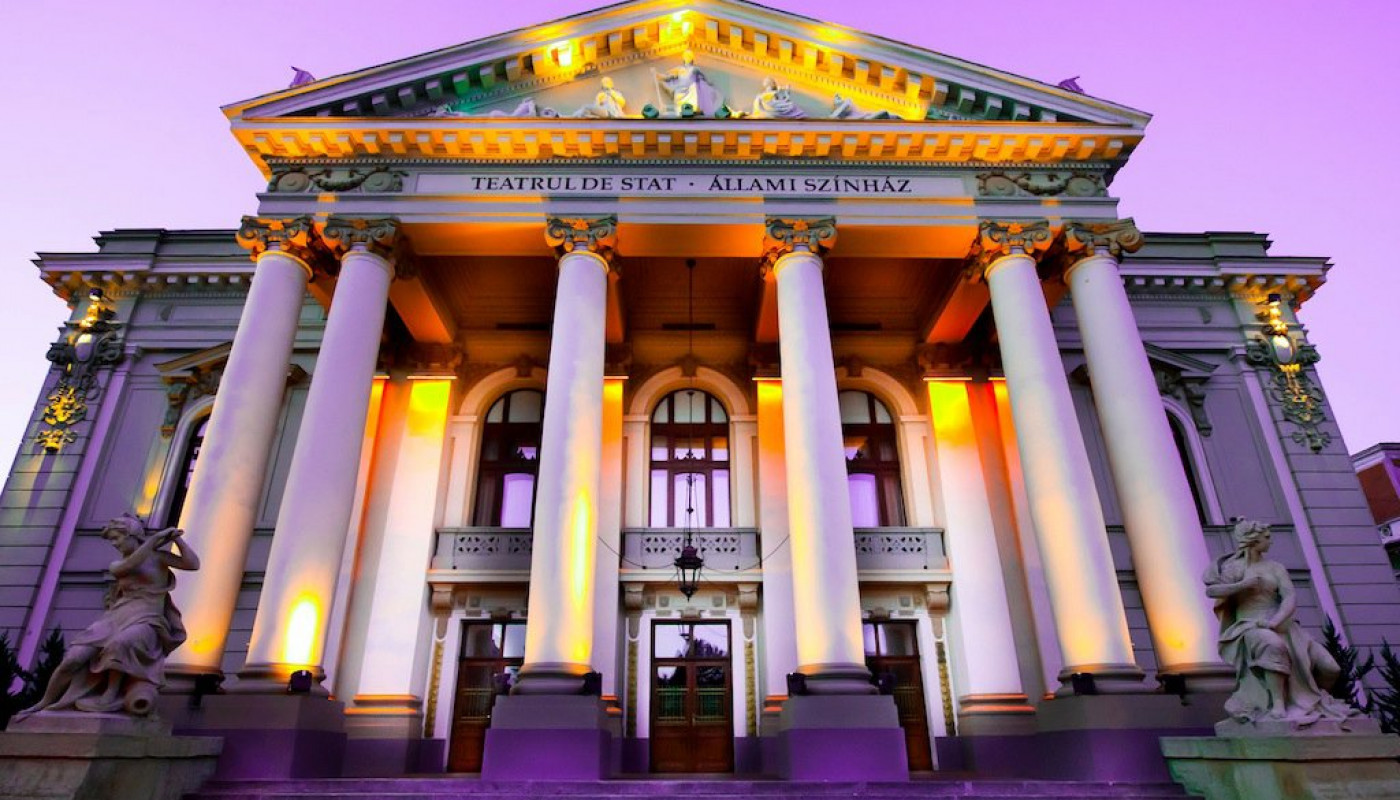 The building of the Queen Marie Theatre is one of the most significant heritage buildings in Oradea. The design of the building was made by the famous architects Fellner and Helmer from Vienna, and its construction took only 15 months, from the 10th of July, 1899, to 15th of October 1900. The project was overseen by architects from Oradea, Kalman Rimanoczy, Jozsef Guttmann and Vilmos Rendes.

The exterior combines harmoniously the neo-classical style (predominant in the facade) with elements from the neo-Renaissance and neo-baroque styles, while the finishing and the interior ornaments have a discernible rococo touch. The last restoration was completed in 2011. The building was named after Queen Marie, the last Queen of Romania (died 1938), known for her bravery and style, who was also a talented writer. Each year, at the end of September, the theatre organizes the Short Theatre International Festival.