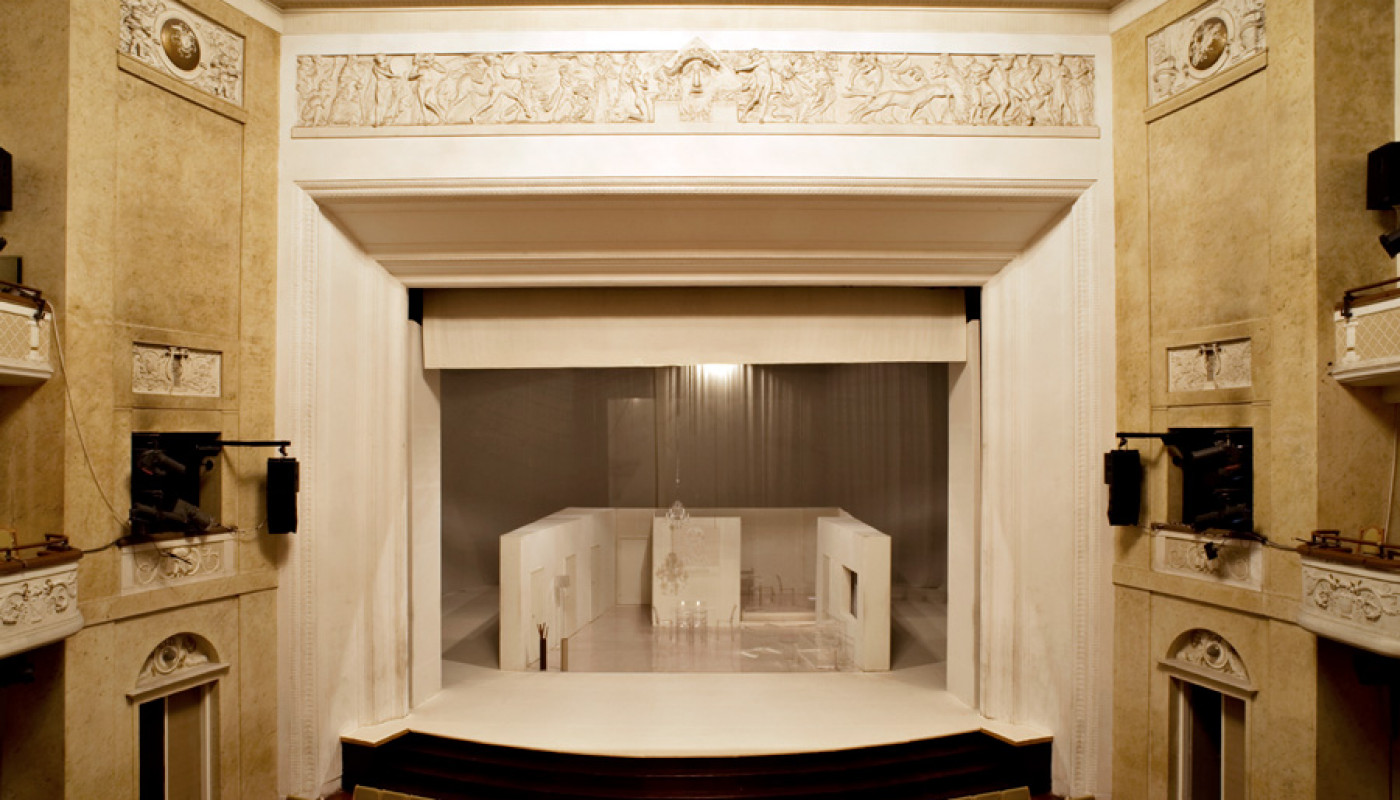 The Polski Theatre in Warsaw, designed by Czesław Przybylski, was opened in 1913. The representative building with its elegant foyer and cloakrooms, an auditorium for 1000 spectators, a modern revolving stage with a mechanical fly system and a cyclorama, was erected and equipped within only nine months. It is one of the few buildings in Warsaw not destroyed during the Second World War.

As a result, it is the only theatre from the beginning of the 20th century in the capital preserved in its original beautiful shape. Sculpture decorations, including five medallions depicting characters of Polish plays, are the work of Zygmunt Otto. The public rooms, the backstage area and the orchestra pit are all open to visitors.