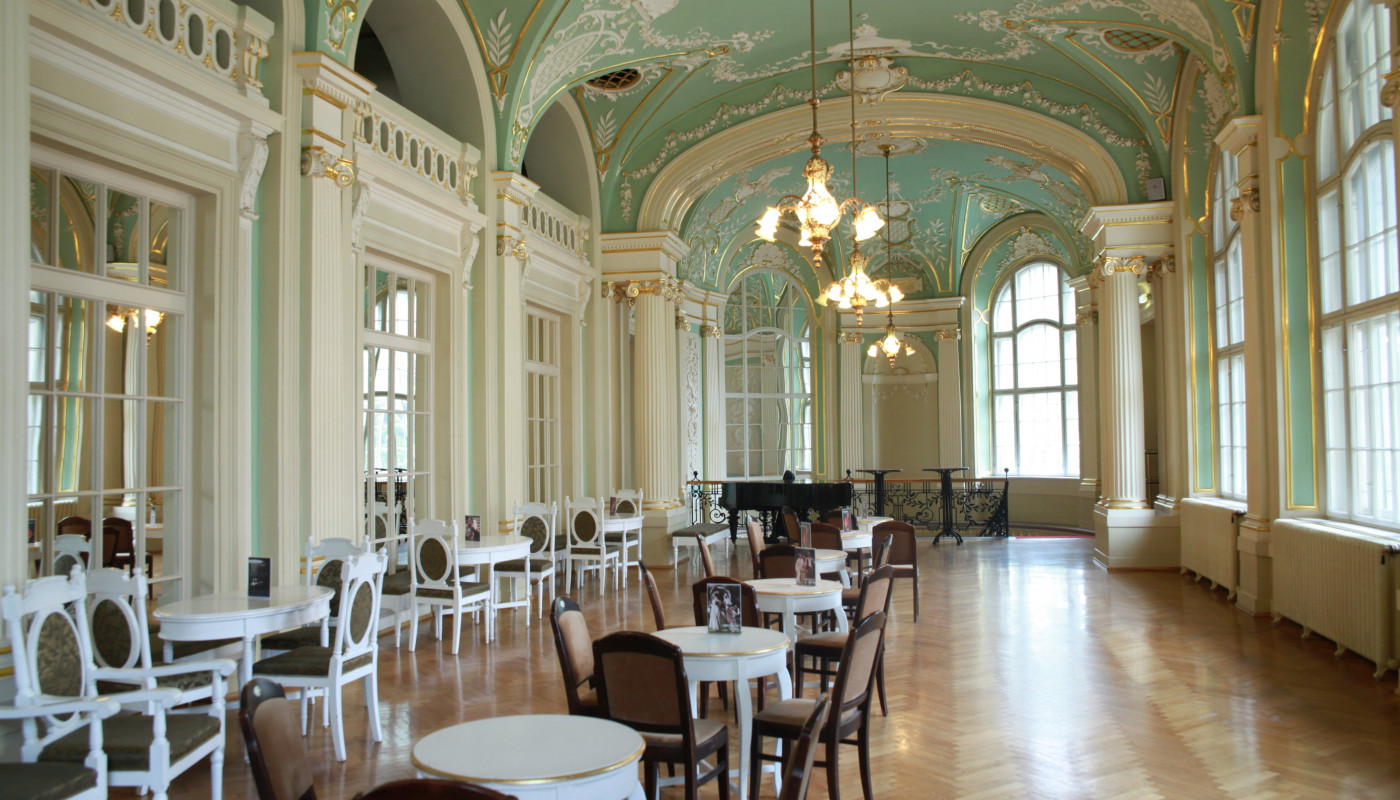 In 1897 the Riga authorities decided to build another Russian city theatre and commissioned architect August Reinberg to design it on a historic site, close to the Swedish fortifications from the 17th century. The theatre, opened in 1902, played a major role in the history of the Latvian state, as its independence was proclaimed here in 1918.

The theatre was designed in the beginning of the Art Nouveau period: the careful observer can spot some characteristic stylistic elements on the façade. The Large Room is impressive and the White Room is decorated with ornaments in classical ionic style, columns and plant motifs. The lamps are decorated in Rococo style. In brief: the theatre is a fine example of eclecticism.