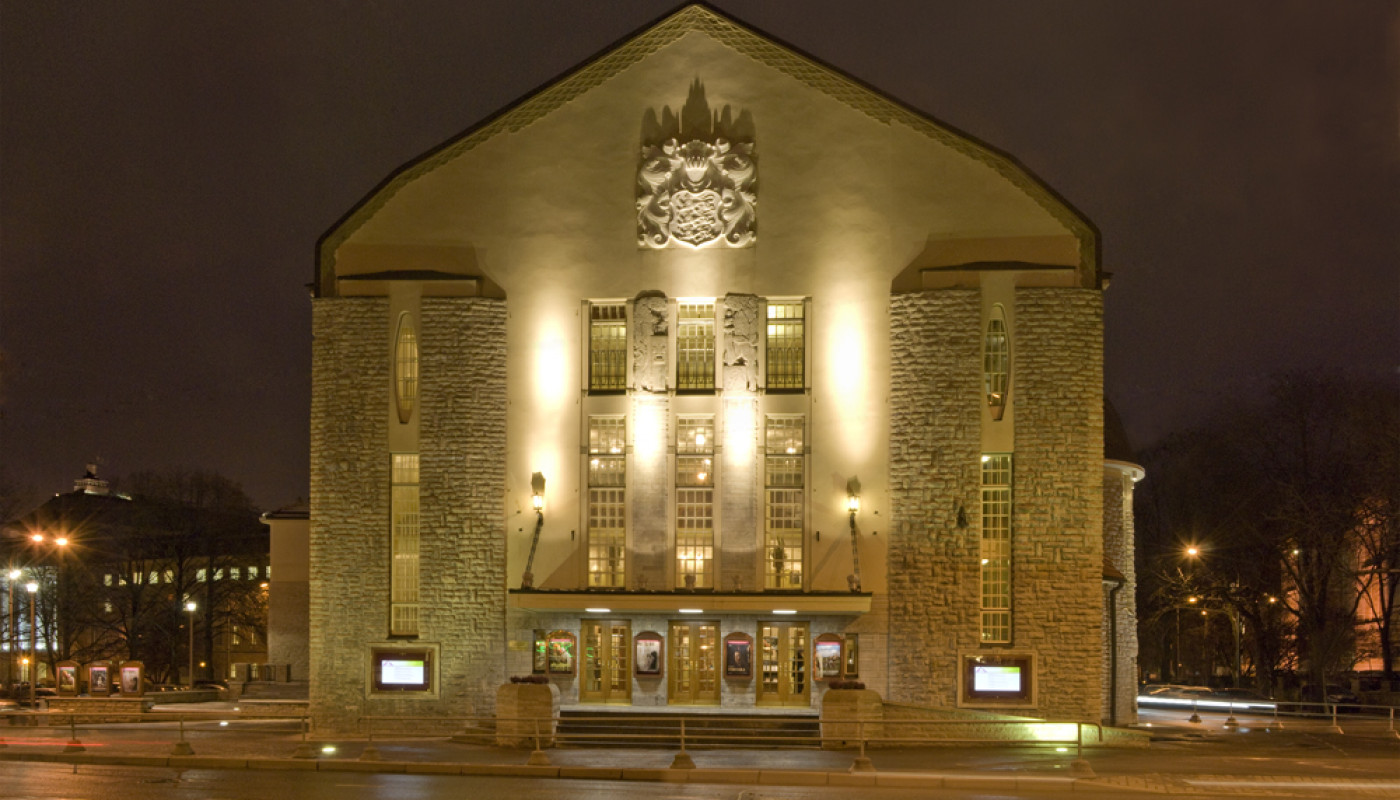 The theatre is the oldest preserved theatre building in Estonia. It was erected as German Theatre to a design of Alexei Bubyr and Nikolai Vassiliev from St. Petersburg in 1910. What attracts the attention is not only the beautiful Art Nouveau style, but also the building material – local limestone.

The general construction of the building has not been changed since it was erected, though in the 1950s the emblem of Tallinn on the façade and few details in the theatre were covered. In the 1980s and after 2000 the theatre was renovated. The location, next to the entrance of the medieval city centre and the close neighbourhood of the Estonian National Opera, creates an inspiring ensemble.

Visits: by appointment, at least one week before the planned visit, in groups of up to 10 people