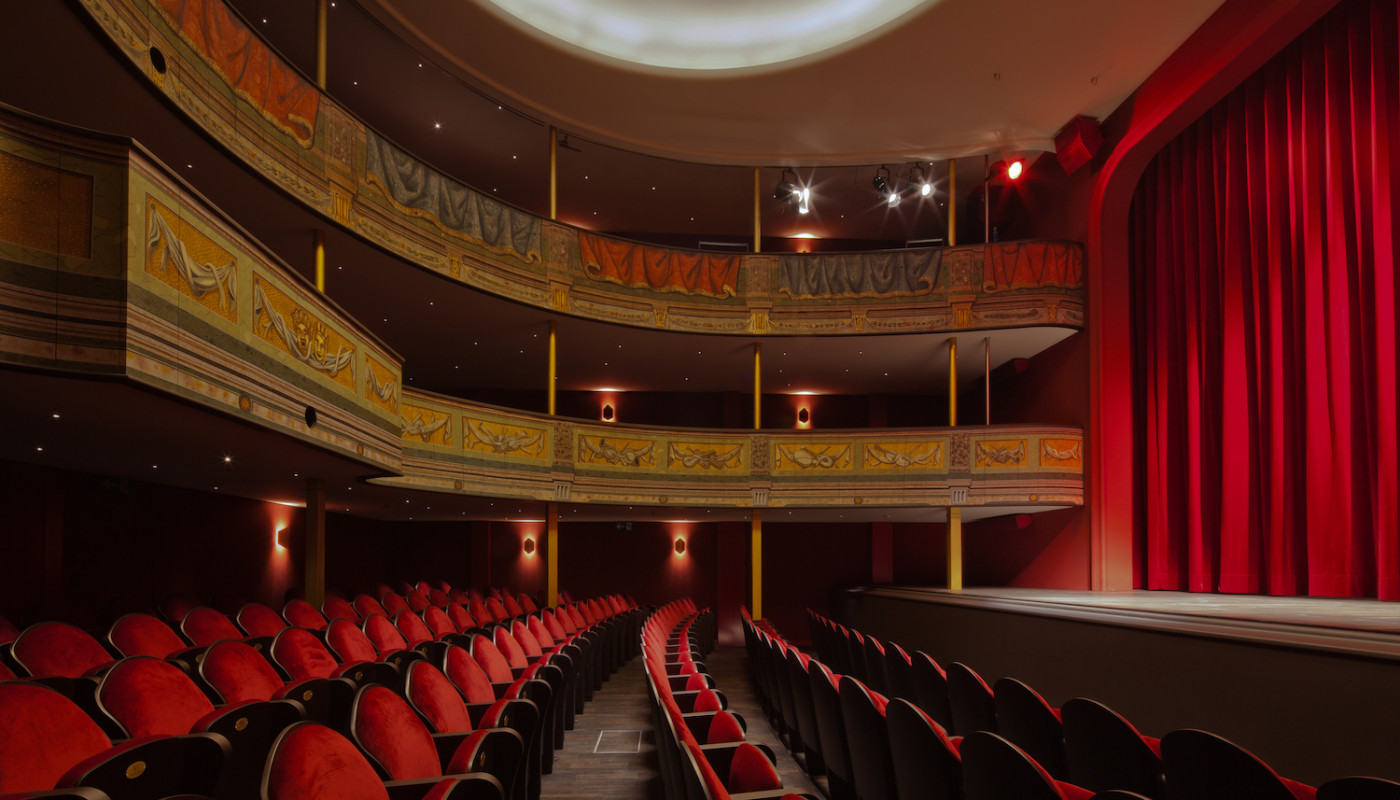 Rediscovered: the oldest theatre in Switzerland Not far from St. Ursus’ cathedral, right in the heart of the baroque town of Solothurn, lies the Stadttheater (Municipal Theatre). Initially, it was part of a Jesuit grammar school, and already in the 18th century, it was considered the most beautiful theatre in the Confederation.

During renovation works in 2014, a forgotten treasure reappeared: the ornamental paintings from 1779 on the front of the Circles, till then hidden under more modern textiles. After an extensive restoration, they now offer an appealing contrast to the modern staircases and foyers. Performances take place from September to June.

Visits: all year round on appointment