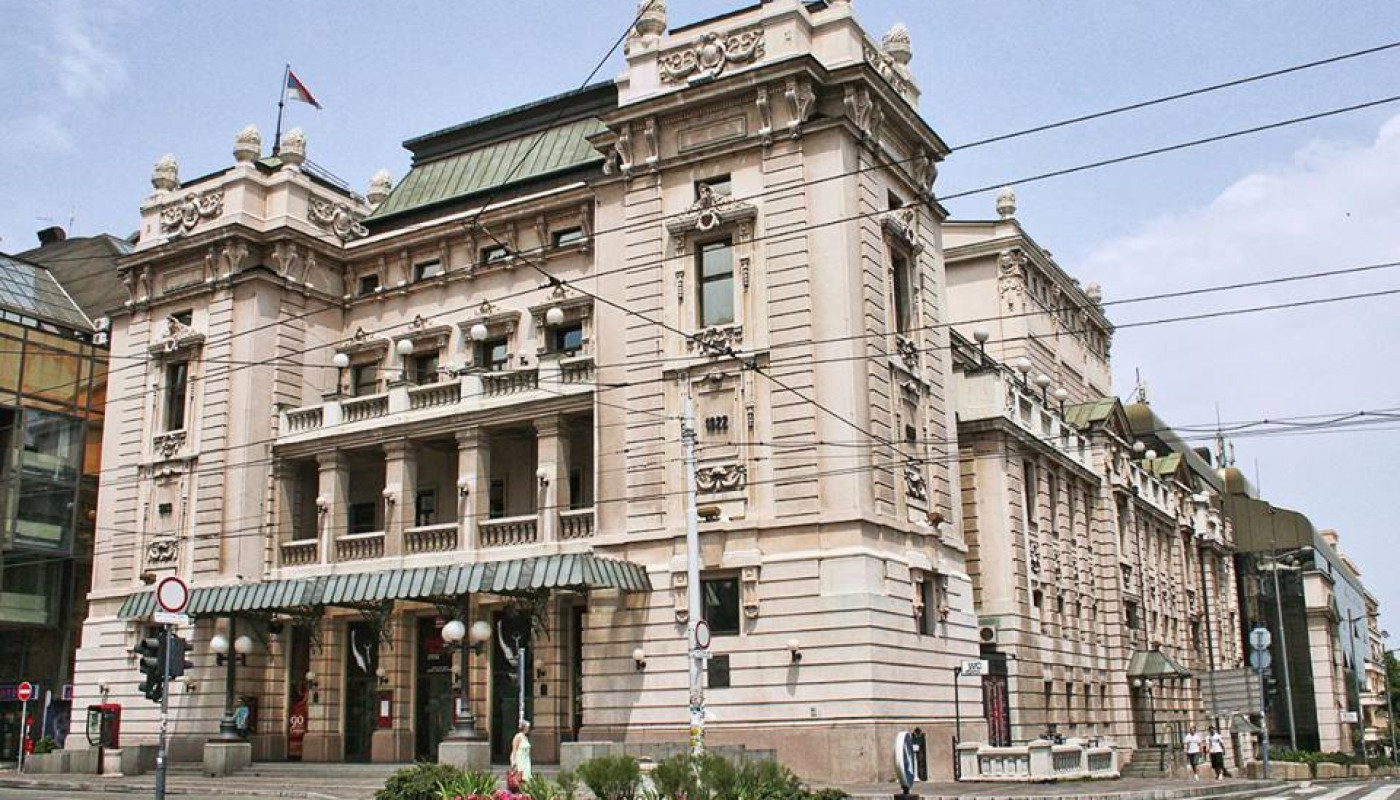 The National Theatre in Belgrade, an Institution of National Importance, was opened on October 30, 1869, in the Serbian capital Belgrade, commissioned by Mihailo Obrenović III, Prince of Serbia, and designed by one of the most important Serbian architect, Aleksandar Bugarski, who took the Scala in Milan as a model. Between 1919 and 1922, the building was remodelled and enlarged.

Architect Josif Bukavac accentuated the main façade, now in neo-baroque style, with the two corner towers that conceal staircases. After devastations in WW II, the theatre was reconstructed in 1964/65, but the stage and facade remained unchanged. Final reconstruction was made 1986-1989. It was proclaimed a Cultural monument of great value in1983. There are performances of Drama, Ballet and Opera.