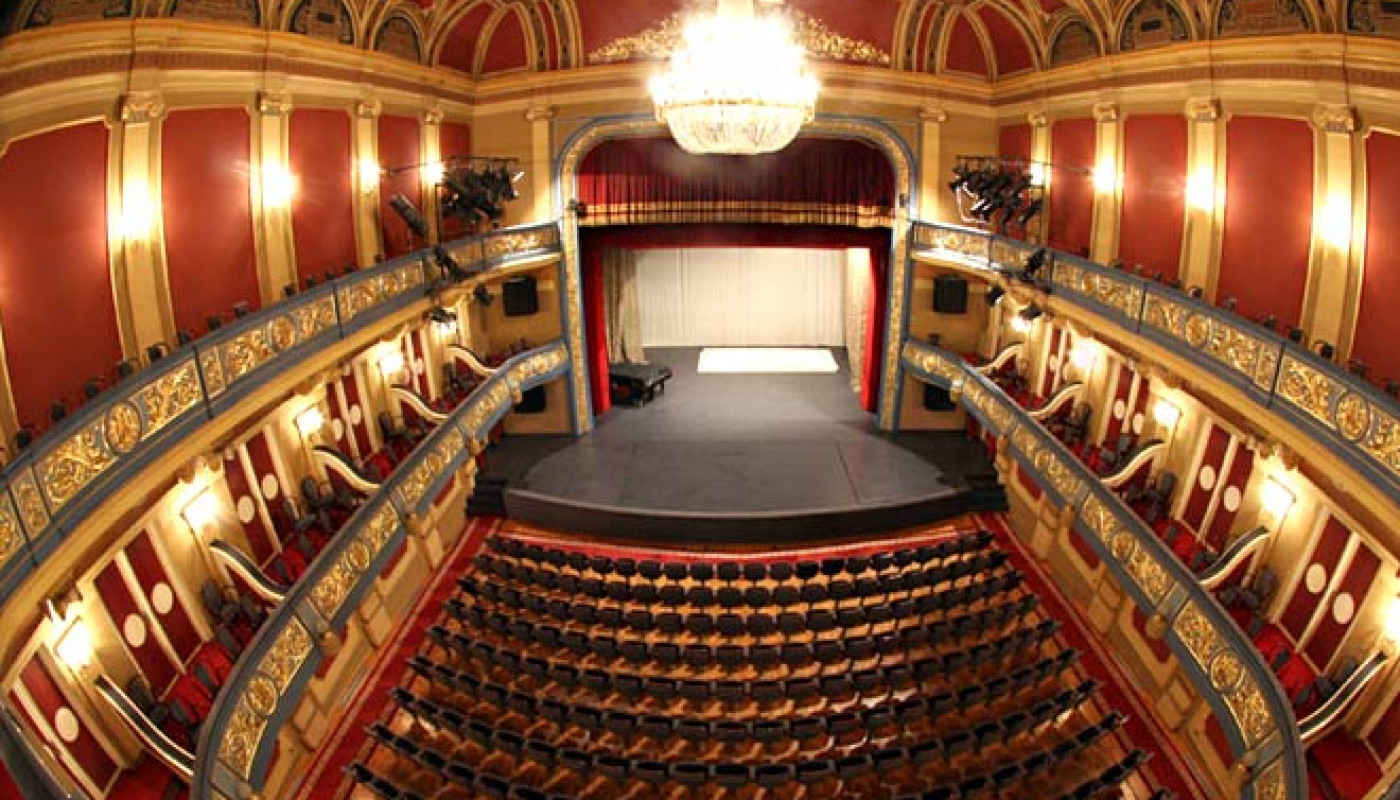 This theatre building started its life in 1899 as a community centre for the Austrian ruling class, designed by Karla Paržik and including a multipurpose hall. For this reason, the auditorium looks more like a concert hall. But already for the inauguration, drama was offered: "Medea" by the Austrian classic Franz Grillparzer, in a guest performance by the theatre from Zagreb.

The impressive facade with five entrances and the noble decoration of the auditorium testify to the wealth of the city around 1900. In 1921 the building became home of the National Theatre that had been founded only two years before, the first professional theatre company in Bosnia and Herzegovina. In 1946, the opera and ballet company joined the drama ensemble. The three ensembles perform from October to June.