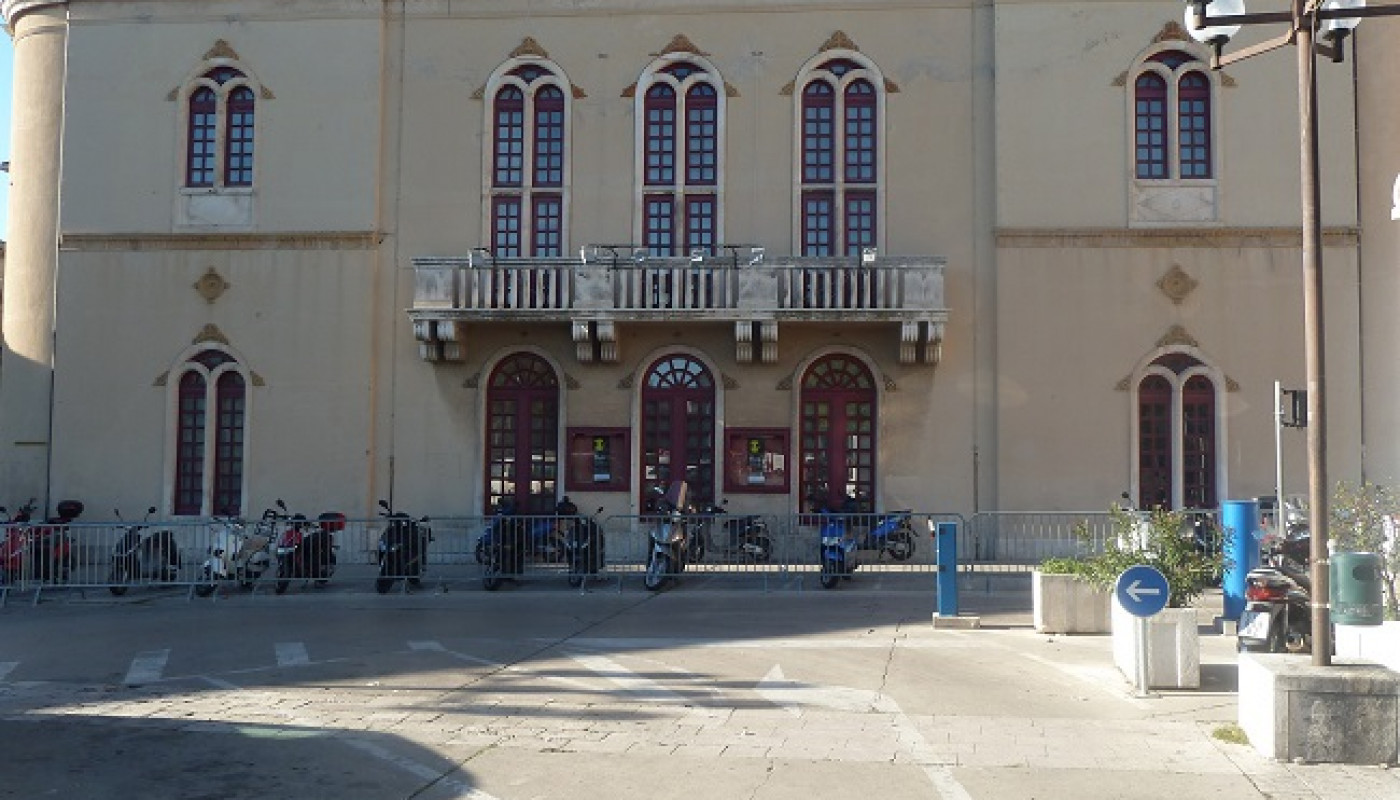 Josip Slade, who later also designed the Zetski Dom theatre in Montenegro, has given this theatre a very special look: the facade suggests medieval times, which is very unusual for a theatre, with allusions to the Gothic style, combined with Romanic elements. Whereas inside, the architect took the Teatro Fenice in Venice as a model for the auditorium. In short: this is a fine example of the 19th century eclectic style.

The painted ceiling by Antun Zuccara portraits those citizens of Šibenik who financed the theatre construction. The theatre was inaugurated in 1870 and restored 1996–2001, after having suffered war damages in 1991. The Šibenik theatre has its own repertory company and also presents guesting performances.