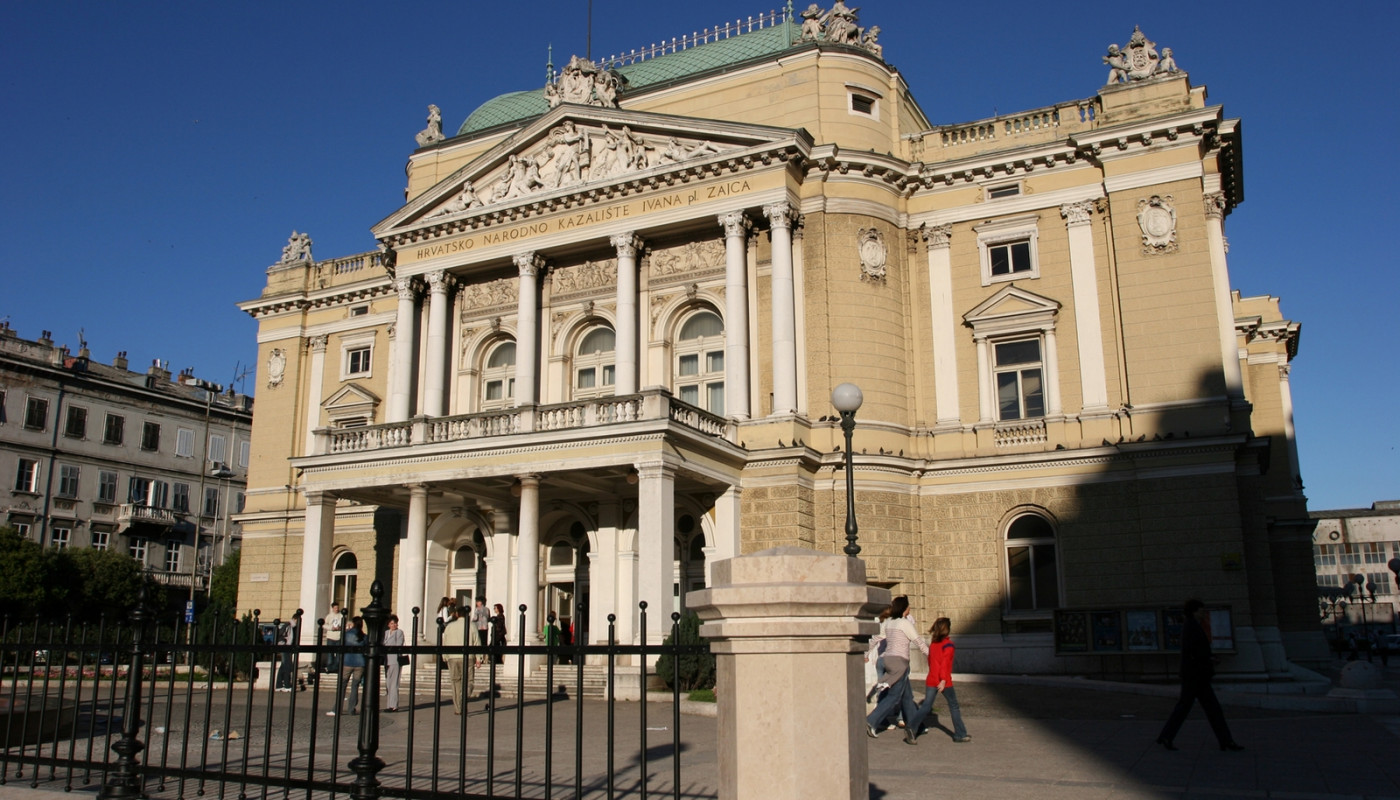 This impressive building was designed by the famous Viennese architects Fellner & Helmer and opened on October 3, 1885, as "Teatro Comunale" with Verdi's "Aida". Neo-renaissance on the outside and neo-baroque inside, it also features a painted ceiling by Gustav and Ernst Klimt and Franz Matsch, as well as noteworthy statutes by the Venetian sculptor Augusto Benvenuti.

The theatre was named after Giuseppe Verdi in 1913, but after becoming a Croatian National Theatre in 1945, Verdi was replaced by the most important Croatian composer, Ivan Zajc (1832 – 1914). Notwithstanding this, it is home today for a Croatian drama ensemble and an Italian drama ensemble, as well as an opera company and a ballet troupe, entertaining more than 100,000 spectators every year.