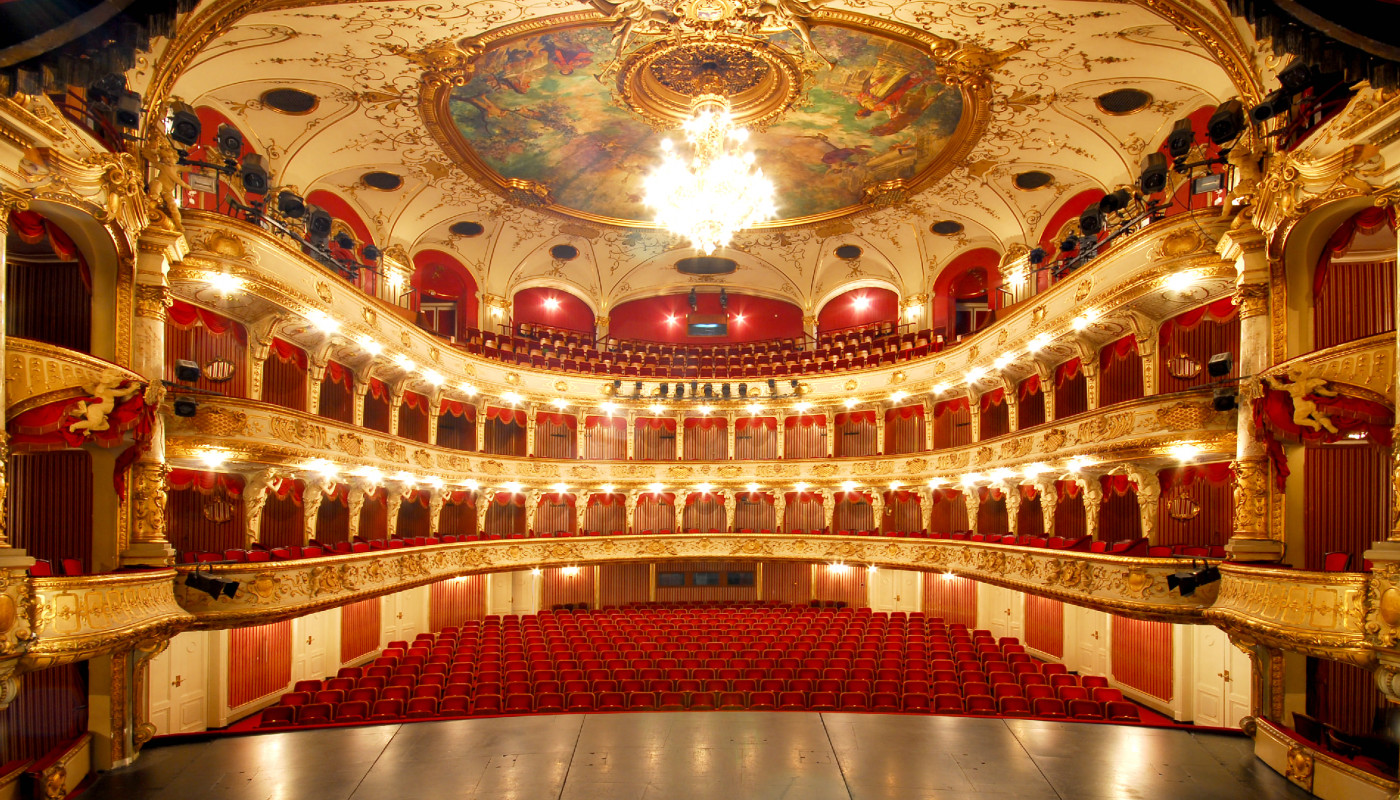 On 14 October, 1895, the Austrian Emperor Franz Joseph I himself opened this theatre, a wonderful building by the Viennese architects Fellner & Helmer. Busts of important Croatian poets and a composer guard the exterior. The Viennese painter Alexander Demetrius Goltz created the paintings on the ceiling of the auditorium, whereas the ceiling of the foyer was decorated later by Ivan Tisov, in 1911.

he impressive curtain from 1895, named "The Reformation of of Croatian Literature and Art", is by the painter Vlaho Bukovac. In the 120 years of its existence, the theatre underwent only two technical and structural renovations. Thus, apart from the now modern stage, the building has been entirely preserved. The CNT offers opera, drama and ballet performances almost every day.