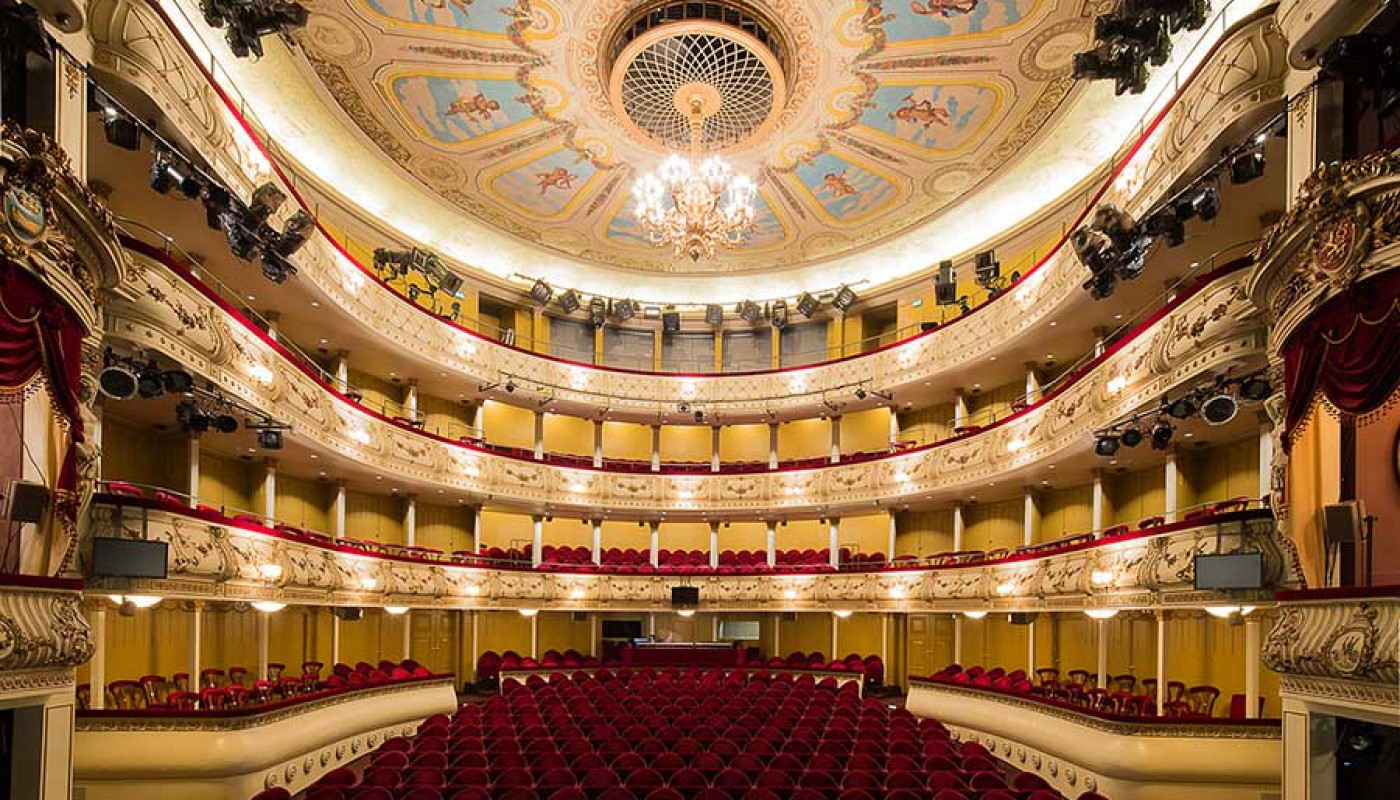 Finland was under Swedish rule for about 400 years, and it still has a large Swedish speaking population. Swedish is Finland’s second official language, and one of its national theatres is the Swedish theatre, beautifully located at the Esplanade Park. Its characteristic semi-circular walls date from an earlier theatre that burned down in 1863. The present building was designed by the Russian architect Nikolai Benois and opened in 1866.

His golden auditorium is still the heart of the building. In the 1930s two side wings were added and the facade was stripped simple, giving the 19th century theatre a surprising 20th century appearance. Its three different stages offer a broad repertoire for everyone – in Swedish, with Finnish and English surtitles.