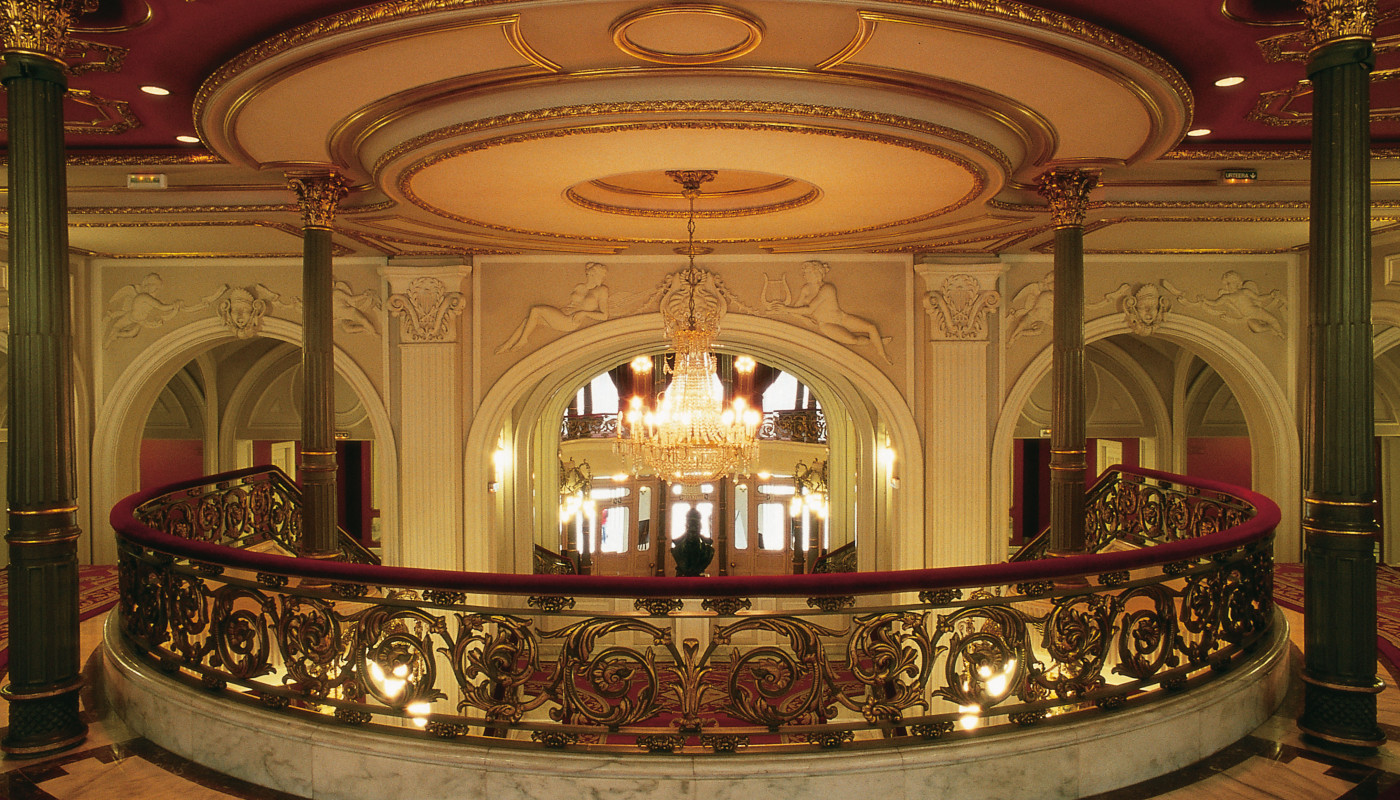 In May 1890 the Arriaga Thea- tre was inaugurated, named af- ter the great Bilbao composer Juan Crisóstomo de Arriaga, who died at the age of 19. In its opening, the Theatre com- bined in the same singular building the neo-baroque ar- chitectural style with the latest technological advances of the mo- ment, as electric lighting and broadcasting musical performances to peoples’ homes via telephone. In 1914, a re of still unknown causes reduced part of the building to ashes.

But immediately after was re- constructed respecting the original design. And in June 1919 it was reopened keeping all its splendour. Throughout its history, and after important restoration works, the Arriaga Theatre has continued to be an open and live theatre dedicated during the course of the year to offer opera, dance and theatre in a Baroque atmosphere.